Aughawillan back on track as Maguire leads the way 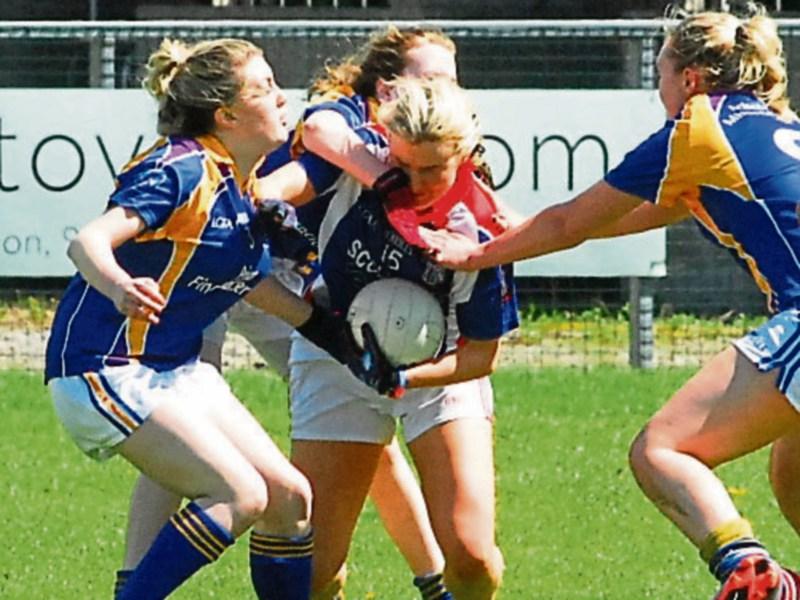 A more experienced Aughawillan outfit, who upped their performance in the second half, overcame the challenge of last year’s battling county intermediate champions St. Francis in a lively encounter on Sunday in Ballinamore.

After suffering a drubbing by Dromahair a week previously, Aughawillan bounced back in this game to get their championship campaign back on track. Aileen Maguire’s role in putting Aughawillan in firm control with five unanswered points in the third quarter proved to be the game’s turning point.

Meantime the defeat for St. Francis means that their showdown with Dromahair will be a must win affair for them to stay in the championship race. Right from the throw-in Aughawillan settled down and made their intentions very clear with Mary McKeon and Aileen Maguire firing over a point apiece in game’s first minute.

Within two minutes St. Francis got on level terms when Tanya McPartland pointed her second free of the afternoon following a foul on Ciara McPartland.

Neither side managed a score for a seven minute period in the action until Mary McKeon fired over a 16th minute Aughawillan point after soloing some forty metres before shooting over the St. Francis crossbar from close range.

A minute later St. Francis took the lead for the first and only time in the contest when Ailish Cornyn hammered home a terrific goal from 20 metres that gave Aughawillan keeper Maeve Quinn no chance as the ball hit the left corner of the net, when it slide inside the upright.

St. Francis keeper Michelle Monaghan pulled off a super 22nd minute save when she denied an Aileen Maguire goal chance at the expense of a ‘45.’ But Maguire put Aughawillan back in the lead four minutes later when she drove home to the St. Francis net.

Aughawillan stretched their lead in the following four minutes when Carla La Guen pointed from play and Aileen Maguire put over a free following a foul on La Guen.

Before the break Áine Flood answered with a St. Francis free conversion that left her side trailing Aughawillan by 1-3 to 1-5 at the interval.

Following the restart Aughawillan pulled seven points clear in the third quarter when they increased their tempo and hit five unanswered points in the period.

In this crucial phase of the game a bang on form Aileen Maguire whipped over all the Aughawillan points with her final score in the series coming from a free after Carla La Guen was fouled.

St. Francis, who had not scored in the second half, replied with a 40th minute point from a Ciara Reynolds free conversion after she punished a foul on her self. In the next minute Aileen Maguire hit back with an Aughawillan point from play.

This score came about after a ball came back off the St. Francis upright which was caught by defender Ciara McTague but Maguire dispossessed her immediately and fired over.

Aughawillan killed off the St. Francis challenge when Niamh Donegan drove home a 55th minute goal. To their credit St. Francis kept on trying to the end and reduced the deficit with Aughawillan to 0 – 6 at the finish.

In the closing minutes of the action Ailish Cornyn hit the target from a St. Francis free. After that sub Katy Foley reduced the deficit with Aughawillan further when she fired home a goal from close range.