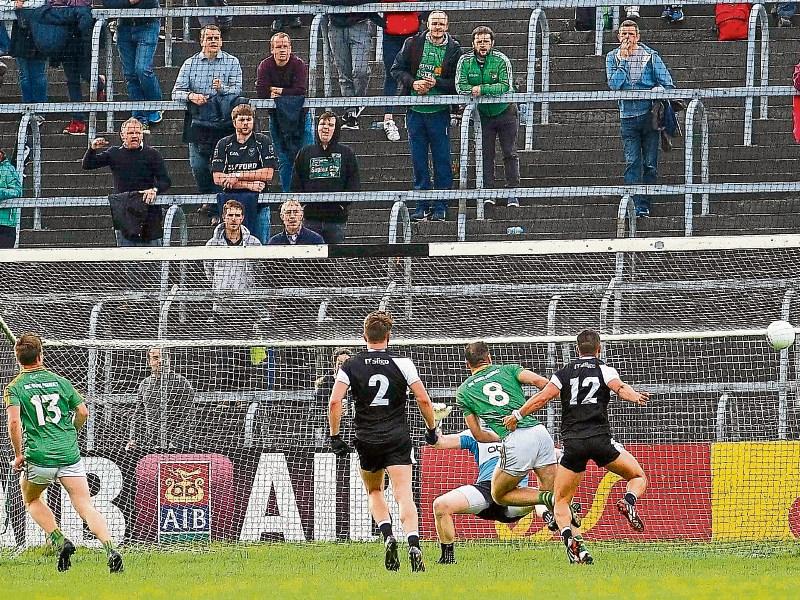 If Leitrim football were a friend I’d sit it down and ask it if everything is alright. It’s behaviour of late has been sufficiently worrying to suggest that there is something seriously wrong.

It’s been erratic. The characteristics you take as being paramount to who it is – heart, commitment, passion, unity – have been intermittent at best; at worst, absent. It just doesn’t seem itself.

I’m not alone in such thoughts. Many people have raised their concerns with me. These have almost exclusively been related to the county senior panel. But I’m equally concerned with the health of our club scene.

The symptoms are the same. But at least the county teams fulfilled all their commitments this year. The number of walk-overs and cancelled games at club level this season should have everyone concerned looking for a diagnosis before this illness becomes an epidemic.

Why do teams forfeit games? There will always be acceptable reasons for the very occasional cancellation or inability to fulfil a fixture. But when it becomes commonplace, and results in teams winning titles despite barely playing a game, you know something is seriously wrong.

What then are the causes? A lack of players? A loss of interest? Fear of the inevitability of the result? Inappropriate competition structures? Poor scheduling and fixture plans? A combination of all of the above?

Many people are wondering why Leitrim has been so uncompetitive in the senior Connacht championship these past few years. However, if we fail to look at our club scene first and foremost we’ll only ever end up examining the symptoms, rather than the cause.

Our clubs are the breeding ground of our county panel. A glance at Leitrim’s club football results from last weekend indicates all is not well.

St. Mary’s, the team from the county’s largest town, suffered a shocking 6-14 to 1-9 defeat at the hands of Allen Gaels. One result never tells the full story and such is the nature of Leitrim football that it wouldn’t surprise anyone were the Carrick men to turn things and record a win in the championship this weekend. Such erratic results happen in all sports and competitions. But it happens all too often in Leitrim.

The lack of consistency in Leitrim football is what is holding it back – at club and county level. I was involved in a review of the underage structures of Leitrim football in 2009. The county executive of the time was sufficiently concerned with the erratic nature, application, and outcomes of our games and structures to conduct a root and branch examination of what was happening in the county at juvenile level.

Along with 10 other members of the task force conducting the review, we met with every club in the county, obtaining their views on the county’s juvenile structures, competitions, coaching and schools of excellence & development squads.

My over-riding recollection is the diversity of the material we obtained. In a county as small as Leitrim, with so few clubs, we were highly inconsistent in our approach to player, coach development and game development and our understanding of best practice in such fields.

This inconsistency carried through into many of the county’s structures – perhaps a limitation of a small county that’s just a little bit too close for comfort? Many of these problems were compounded by a parochial desire to ‘mind our patch’ and a wish to win something at club level, at any age level, regardless of how meaningful that victory really was or whether it was best for the long term development of the players involved.

This is all understandable. The irony is that such single-minded devotion to our club’s or parish’s success was required to grow the GAA from its humble beginnings to the unrecognisable association is has become today. But what Leitrim needs right now is collective growth.

It takes great courage and leadership to convince people that the way we have always done things isn’t necessarily the best way of doing things. It takes great sacrifice to take some short term pain for long term gain. Perhaps the toughest sacrifice of all is accepting that the club we love so may lose a little in the short term in order to gain something in the long term.

In an effort to implement a more consistent approach to how things are done in the county at club and county level, the task force made a number of wide ranging recommendations. They were largely dismissed and ignored. I believe we are living with the consequences.

To my mind, many of the recommendations still hold merit. Others will require review and renewal to suit the existing climate.

We have great people involved at all levels of Leitrim football. The time our club and county officers, coaches, and volunteers put into the promotion of Gaelic games never fails to astound me. But we have to ask ourselves, is all that time and effort being optimised?

If we all agree that football in the county is at a low ebb, and that’s what I’m hearing from pretty much everyone I speak with, we have to explore how we can do things differently. The task force’s review document begins with the well-known maxim: ‘If you always do what you always did, you will always get what you always got.’ Are we looking for a different outcome, or are we happy with the way things are?