Big three out in front as O'Heslin's should end exile 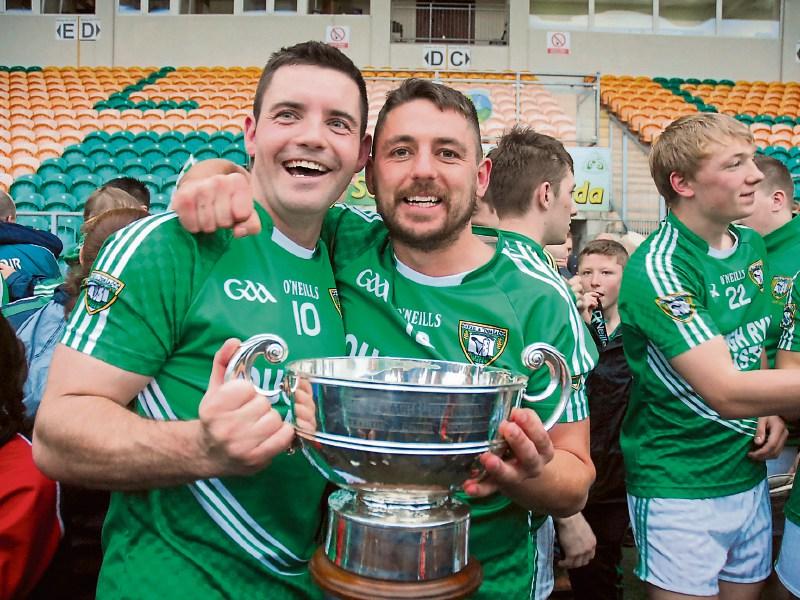 Double champions Mohill put their championship crown on the line with Aughawillan and Glencar/Manorhamilton best poised to challenge the defending champions.

There may, of course, be a bolt from the blue with Allen Gaels perhaps the best placed on current form but at the moment, Mohill, Glencar/ Manorhamilton and Aughawillan look to be operating on a level above the rest.

That may change over the coming weeks but we take a quick look at the games in this weekend's Senior championship that starts with an exciting Friday night clash under lights in Cloone.

Allen Gaels v Aughawillan: The first game of the championship and a great chance to lay down a marker for any interested onlookers. Aughawillan look like a team in form, particularly as they ended Mohill’s unbeaten run last Saturday and are a team driven by ambition and hunger.

The 2014 champions are under the astute management of former Mohill and Killoe boss Tommy McCormack but they will find Allen Gaels tough opposition, a team buoyed by their own demolition of St. Mary’s last weekend. The Drumshanbo men actually beat the Willies by three goals in the League but you feel that Aughawillan will have too much on Friday night.

Drumreilly v Kiltubrid: This is a game many will feel is a relegation battle as the winner would be favoured to at least make the playoff. Hard to know who has the advantage here but Kiltubrid had four points to spare over the same opposition a little over two weeks ago.

Both are Division 2 teams and are likely to struggle in the higher grade but this is a match both will be targeting. It will be incredibly close but Kiltubrid probably have a few more young players coming through and may just shade it.

Annaduff v Mohill: The champions open the defence of their title minus some key figures in Ronan Kennedy and Alan McLoughlin, a host of injuries and on the back of their first loss while a battling Annaduff have rapidly improved all year and seem to be finding their best form right now.

So is this a game primed for a shock? It will be tough but Mohill are one of the few teams with an abundance of talent. They have legions of young footballers coming through and if they can match Annaduff’s passion, Mohill should emerge with the victory here.

Aidan Rooney has been brought into his old club to help them regain the Fenagh Cup and while they might not have been as dominating in the League, a different focus means they will be formidable once again. An injury to Adrian Croal will not help their chances but you have got to believe they will prove too good for Gortletteragh here.

Bornacoola v St. Patrick’s Dromahair: An interesting clash between a Dromahair team dragged into a relegation battle in division one and a Bornacoola side fighting for promotion from Division 2. It means that the battle should be much closer than you would expect given the gap between the divisions.

Bornacoola have only lost two games in the League and that winning feeling should breed a lot of confidence while Dromahair have been struggling recently in Division One, a few big losses bringing them down. That may just prove to be the difference and Bornacoola get a tentative vote here.

Melvin Gaels v St. Mary’s Kiltoghert: Another difficult one to chose - both are involved in the Division One relegation battle but Melvin Gaels seem to have found a bit of form in the last two months while St. Mary’s have lost their way.

The Carrick men will be without Micheal McWeeney and James McGrail which is a huge blow to their chances. Liam Gilmartin is back at the helm of a young Kinlough side but their eagerness and depth of talent may be enough to see last year’s Intermediate winners start with a win.