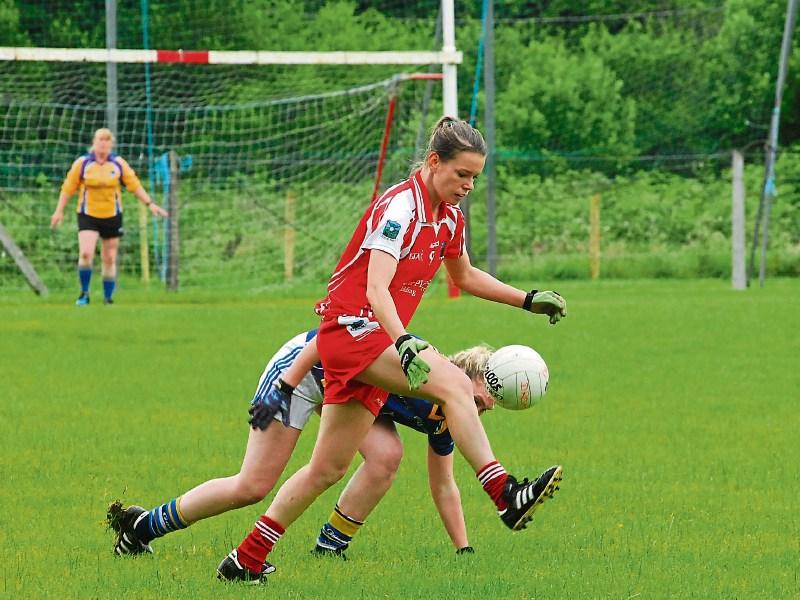 A fast moving and impressive Dromahair outfit easily crushed the challenge of a battling St. Francis side in Drumkeerin.

Winning by 24 points illustrates how facile Dromahair’s victory was. They already had beaten Aughawillan in their opening championship fixture two week’s previously.

The Dromahair side displayed great cohesiveness in their overall play which they have built up over the past number of years. Their settled squad has an abundance of collective experience to call upon at all times.

St. Francis have many fine footballers but lacked the same level of game situation know how that Dromahair has in plentiful supply. Stepping up to the senior ranks has proved to be something of a severe ordeal for St. Francis in their bid to contend at the highest level in the county.

The Club Championship now takes a break as the Senior team take priority as they face Fermanagh in the All-Ireland Qualifiers next Saturday in Bawnboy, which means the club championship will not resume until September at the earliest.

Dromahair was out of the blocks in a flash - in the opening eight minutes Dromahair registered 1-1 with Anna Conlan shooting their opening point while Roísín Fowley scored a goal after an excellent piece of build up play.

Fowley and Sharon Kelly stretched Dromahair’s lead with points apiece after that to give their side a 1-3 to 0-0 lead before St. Francis opened their account the a 14th minute Tanya McPartland goal from a 20 metre free.

McPartland hit the back of the Dromahair net for this score after Ciara McPartland was fouled. Tanya’s well hit free dropped under the Dromahair crossbar at the last moment as the flight of the ball seemed to deceive ‘keeper, Niamh Kelly.

Over the next five minutes Dromahair hit back with three unanswered points while Roísín Fowley also put a goal chance wide. However Fowley did score two of Dromahair’s points with Erin Farrell also shooting over the St. Francis crossbar after soloing in some 40 metres.

Tanya McPartland netted a second St. Francis goal on the 22 minute mark and reduced her side’s deficit to two points after her speculatively hit free took a deflection off Dromahair centre back, Mary Farrell before it ended up in the net.

Almost immediately, Dromahair responded with a point from a Roisin Fowley free. Before the end of the first half St. Francis suffered something of a body blow when Annette Reynolds was sin binned for a careless foul.

Dromahair went in leading comfortably by 2-7 to 2-1 at the break and after the restart St. Francis struggled in the opening period of the second half, seven minutes of which they had to play without the sin binned, Annette Reynolds.

In the early second half action, St. Francis keeper, Michelle Monaghan pulled of a good save to deny an Edel Fowley goal chance. After that Dromahair took complete control and hit an unanswered 4-8 by the 52nd minute.

Before the end, sub Clare McGovern hit a late consolation St. Francis goal, her side’s only second half score while Anna Conlan (free) and Edel Kelly wrapped up the scoring with a point apiece for Dromahair.