KILDARE UP NEXT AFTER EASY WIN 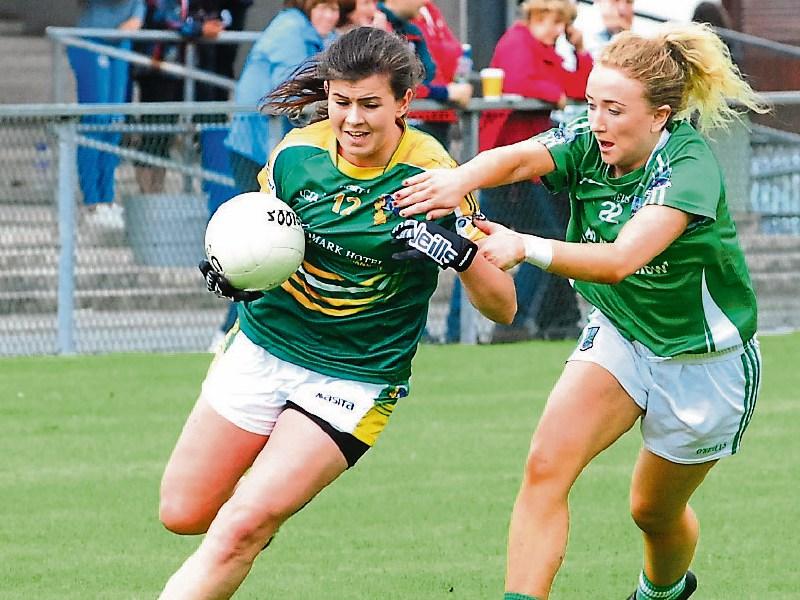 It is not often than you’d describe a game as a waste of time and effort but Leitrim’s 41 point mauling of a feeble Fermanagh in Bawnboy was just that last Saturday.

It’s plain enough that Fermanagh got absolutely nothing out of last Saturday’s TG4 All-Ireland Ladies Quarter-Final in the splendid Templeport St. Aidan’s grounds in Bawnboy but for a Leitrim team setting their sights on an All-Ireland tilt later this year against some tough opposition, the game was practically worthless.

You would expect the Green & Gold Ladies to overcome their Ulster neighbours but Pat Costello’s side would have wanted a challenge, a test to see how they reacted after the Connacht Final defeat to Sligo.

Leitrim did so many things brilliantly in Bawnboy - seven goals and 24 points is a testament to that but the paucity of the challenge from a Fermanagh team without the input of the Little sisters was staggering to say the least.

It is not in this paper's nature to hammer any team excessively but Saturday's game does little for the Ladies game in either county as the few Leitrim supporters present in Bawnboy didn't get much pleasure from such a mauling.

Credit Leitrim for their focus, credit them for their determination not to leave any opening but you get the feeling had the Leitrim panel divided themselves into two teams, they would have got a far greater test than what Fermanagh provided.

Time and time again, Leitrim players won the ball almost unopposed, ran up and down the field at will and played the ball around as if they were the Ladies football equivalent of the Harlem Globetrotters or Lionel Messi’s Barcelona.

Aine Tighe plundered a remarkable 4-9 and could have had at least another three goals. On her day, the Kiltubrid woman is unstoppable but there was no challenge to her talents as Fermanagh seemed to accept their fate long before a ball was kicked.

Everyone in Leitrim colours was superior to their Fermanagh opponents and you have to say Leitrim played with poise, with pace and with passion. But they would have much preferred a challenge, a test ahead of Kildare.

In fact, you'd wonder if they gave Kildare a little too much warning of what awaits on Sunday week in the quarter-finals, the obvious being that Tighe loves to cut in from the left wing before unleashing bullets to the back of the net.

Kildare will have seen the impact of Anna Conlan in the running game, Michelle Guckian's power in attack, the strength of Eilis O'Dowd in midfield and the security supplied by Sharon Kerrigan and Clare Owens playing a sweeper's role in front of the defence.

You wonder would it have been better to take off Tighe in particular but also Conlan and Michelle Guckian to leave Kildare guessing a little of what is ahead of them in a game fixed for Sunday, August 14, as the talk is that the Leinster women have a very strong defence.

The worry is that the Fermanagh game is worth nothing to Leitrim ahead of the Kildare game but manager Pat Costello is confident that his team can set up a meeting with either Sligo or Wexford in the All-Ireland Semi-Final.

Aine Tighe hit the post after just 20 seconds but had two points inside five minutes although Fermanagh flattered to deceive when Lynn McFederick crashed a shot off the Leitrim crossbar on four minutes.

A superb Anna Conlan, one of the game’s stars in the middle of the park, pointed on seven minutes with Aine Tighe and Michelle Heslin pointing within 60 seconds. Tighe converted a free on 12 minutes and the game was as good as over a minute later.

That was when a terrible Fermanagh pass was intercepted in midfield, the ball transferred to Aine Tighe who scored all too easily.

Fermanagh keeper Roisin Glesson, the only player to put up any resistance, made good saves from Tighe and Carla Le Guen before again denying Tighe in a one-on-one as Leitrim added points from Michelle Guckian and Tighe.

A long ball released Tighe who sprinted clear to goal and just before halftime, Tighe combined with Michelle Heslin and Anna Conlan to set up Carla Le Guen for an expertly taken goal.

Tighe would added three more points before halftime, Michelle Guckian another as Fermanagh got their only score of the first half four minutes into added time to leave the score at 3-12 to 0-1 at the break.

Straight from the throw-in at the start of the second half, Leitrim again sprung their patented throw-in move, Aine Tighe playing a one-two with Eilis O’Dowd before running in to plant the ball to the net.

Anna Conlan, Michelle Guckian and sub Emma Conlan all added points before Aine Tighe scored her fourth goal on 11 minutes, another high ball over the top meat and drink for the Kiltubrid woman.

Michelle Guckian and Aine Tighe added points before Fermanagh got some tiny consolation when Lynn McFederick scored a goal for the Erne women.

Leitrim finally withdrew Tighe after 17 minutes of the second half but there was no let-up in the scoring as Emma Guckian hit two goals in the space of a minute.

Leitrim would continue to roll over points with Michelle Guckian, Deirdre Ward, Le Guen, O’Dowd, Bronagh O’Rourke and Emma Guckian all scoring points while Michelle Guckian was unlucky not to goal with an audacious chip before the final whistle finally and mercifully sounded to end the slaughter.