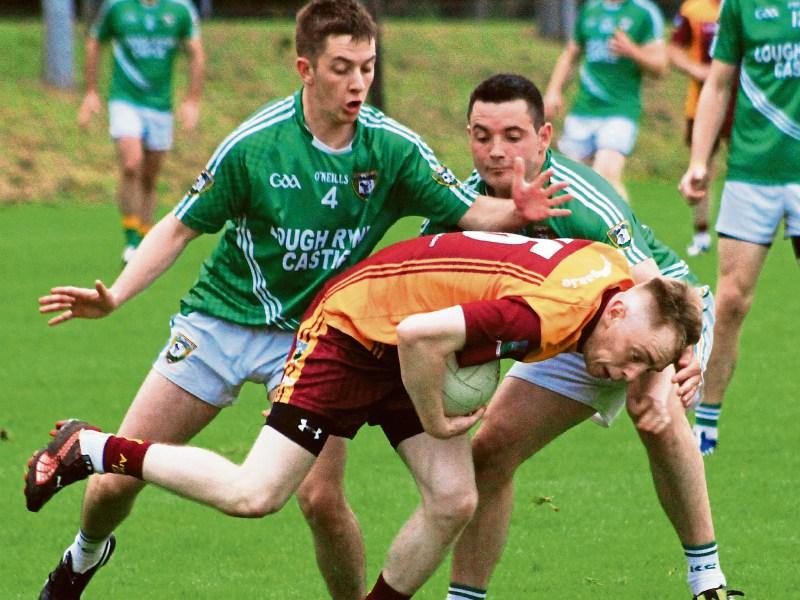 Champions Mohill overcame a stiff challenge from neighbours Annaduff with Keith Beirne leading the way with an impressive personal tally of 12 points on the day.

Shorn of the attacking talents of Ronan Kennedy, Alan McLoughlin and Ronan Gordon, Beirne delivered a masterclass in accuracy as he scored four from play and eight from frees to get the champions over the line against a fully committed and determined Annaduff.

Annaduff may look on this as a missed opportunity and there is merit in that as they kicked some bad wides but there was always a sense that Mohill found scores far easier to come by and for a team without so many of their stars, it is quite a statement of intent.

There are areas Mohill will be concerned about, the concession of two goals will not please Padraig Davis but when they get their injured players back, they will have quality back-up and strength in depth that few clubs possess.

Annaduff can't be discounted either but they need greater accuracy in attack to make the most of the good play they displayed and if Sean McNabola continues the form he showed last Saturday, they will definitely be in the mix.

Hugh Moylan fisted over after good work from Matthew Reynolds but Mohill soon took over with three points from Keith Beirne, two great scores from play, inside three minutes before Domhnaill Flynn scored a great effort from play.

Beirne would add two more frees as Annaduff were trailing by five points and well out of the game - Sean McNabola saw a free tipped over but the score was answered by a flow of Mohill points, Flynn adding two great points from play and Beirne on target from a free.

But the game changed seven minutes before halftime when a defender clumsily ran into Joe Cox, conceding a penalty that was dispatched to the net by Alan Glancy despite Dermot Scollan going the right way.

McNabola and Beirne (free) swapped points before Ray Cox put over a wonderful point on the stroke of halftime, leaving Mohill 0-10 to 1-4 ahead at the break. That gap was soon down to a point inside the first 120 seconds of the second half as Dylan Keane fired over a huge point from distance and Sean McNabola followed with an equally impressive score from the left wing.

But Annaduff missed some good chances and Keith Beirne sent a fifty flying over the bar on six minutes, followed by another free four minutes later.

However, Annaduff were right back in the game on 11 minutes when a blocked Matthew Reynolds shot came to Joe Cox who forced the ball home from close range despite intense pressure.

Annaduff were now flying and a needless black card for Alan Armstrong was followed by a McNabola free that put Annaduff in front. But straight away, Mohill hit back with Shane Quinn running outside the cover to fire over a great point to tie the scores.

Annaduff’s Chris Farrell was black carded for a foul on Keith Beirne, the Mohill man tapped over the free but McNabola levelled on 19 minutes. Again Mohill responded instantly, Keith Keegan finishing off a great move with a point.

Keith Beirne drove over the bar when he probably should have goaled with six minutes left but his match came to a premature end when he injured his ankle in the act of scoring his twelfth point.

Annaduff brought the gap back to two points with a huge score from Ray Cox but Flynn scored a brilliant free from the wing to seal the victory as Annaduff missed a few late chances to close the gap.