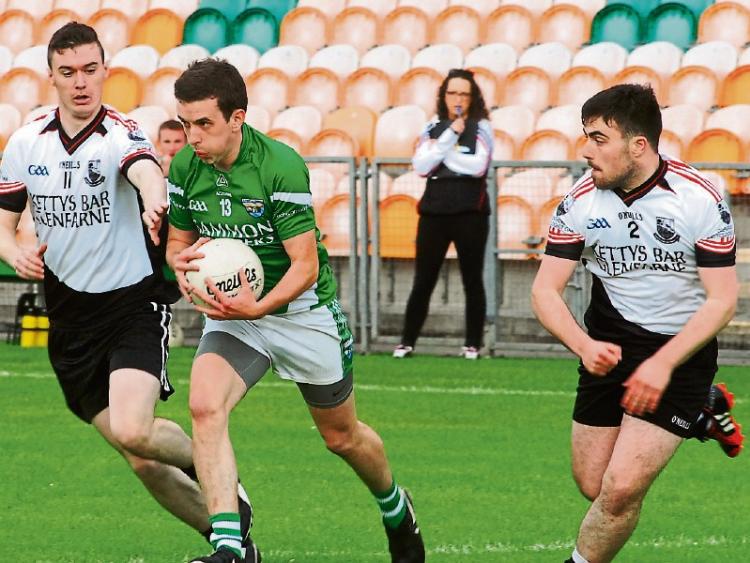 A far superior Aughnasheelin overwhelmed Glenfarne/Kilty in Saturday’s very poor Intermediate tie in Carrick-on-Shannon in what was such a non-competitive game that the outcome was of little benefit to either side, other than to complete the fixture.

Because of the loss of a number of key players Glenfarne/Kilty has struggled badly this year and on the evidence of this performance, one would deduce their days in the intermediate grade are numbered.

The fact the Glenfarne Kilty could register just a point in each half demonstrates that they certainly were not at the races as Aughnasheelin scored almost unhindered for the total duration of the game.

Aughnasheelin raced into a 1-1 lead in the opening three minutes after Gavin Sammon fired a point and Fergal Earley volleyed to the net when the ball that came back off the woodwork. They would add further scores from Niall Mulvanerty, Brendan Mulvey, Fintan Fitzpatrick (free), Barry McWeeney and Fergal Earley by the end of the first quarter.

Aughnasheelin held Glenfarne/Kilty scoreless until the first half’s 30th minute when they opened their account with a Darren Murray free.

Aughnasheelin had added scores from Fergal Earley, Gavin Sammon, Sean McWeeney and Niall Mulvanerty and a Fintan Fitzpatrick point before the break put Aughnasheelin into a 1-11 to 0-1 halftime lead.

After the restart, former Leitrim U21 player Enda Gallagher pointed but the Glenfarne Kilty revival proved short lived with Fintan Fitzpatrick putting over a free.

Aughnasheelin increased their advantage to 3-13 to 0-2 by the 44th minute with Niall Mulvanerty and Sean McWeeney hammering home a goal a piece while prior to these two strikes Fergal Earley added a point from play for his side.

Despite the best efforts of a number of their players who never gave up trying, Glenfarne/Kilty’s resistance was negligible for the final quarter of the game. The Aughnasheelin men increased their lead to 3-20 to 0-2 by the 56th minute with Christopher McNulty, Barry McWeeney and Niall Mulvanerty all adding two points apiece in this spell while Fergal Early hit over a point.

Even in the dying minutes of the game Aughnasheelin showed no mercy for their North Leitrim opponents with Fintan Fitzpatrick ramming home their fourth goal and sub Ciarán McGirl whipping over a point for the last score of the contest.