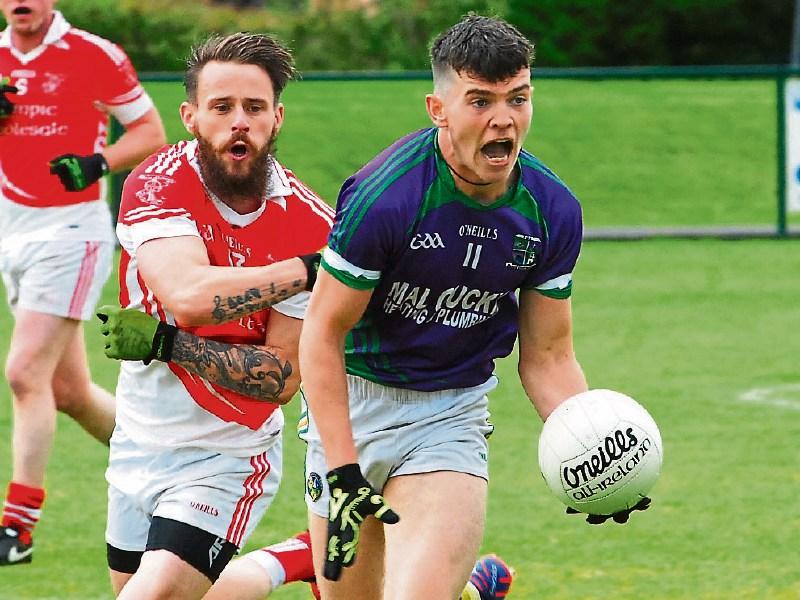 A three point winning margin in the opening round of the Intermediate Championship will be most welcome in Ballinaglera. But they will also know that the margin of victory could have been greater and will also realise Leitrim Gaels spurned a number of excellent goal chances.

Leitrim Gaels recovered from a slow start to contribute hugely to what was a very competitive encounter but it was the Ballinaglera men who emerged with a deserved victory.

The game began with Ballinaglera racing into a three point lead with two Seamie McMorrow points arriving either side of a Gerard Clarke point which included telling contributions from Padraig Clarke and Fergal Wynne.

Leitrim Gaels were largely overwhelmed in the opening five minutes and were guilty of overplaying the ball when a more direct ball into the imposing figure of Conor Guckian was available.

Both sides had chances to add to their respective tallies before Leitrim Gaels struck for their second point of the game in the 12th minute with Ricky Wynne on target after he did well to create a favourable angle for himself.

Just when Leitrim Gaels seemed to be building up a head of steam, Ballinaglera hit back with a point from full-forward Enda McGuire after he made a wonderful catch to pluck the ball from the sky.

Midway through the half, the deficit was reduced to one point when Leitrim Gaels illustrated what a threat they can be with direct and quick deliveries as Conor Guckian soared to claim a pass from David Regan before pointing.

Ballinaglera were dealt a blow when they lost influential midfielder Anton McGourty to injury but they recovered well from that loss with Seamie McMorrow, Fergal Wynne, and Hugh Gilmartin offering plenty of leadership throughout the pitch.

There was little to separate the sides over the remaining stages of the half with both sides scoring a further three points each. Two Seamie McMorrow frees and a fine point from substitute Rory McPartland were matched by two excellent Colm Moreton points from distance either side of an Aiden Flynn free.

Trailing 0-7 to 0-6 as the second half got underway, Leitrim Gaels were agonisingly close to snatching the lead for the first time two minutes after the restart but David Regan's shot after a dangerous delivery from David Bruen was deflected wide by a defender.

Leitrim Gaels had another sight of goal four minutes later when a Ballinaglera free out was played into the back of a Leitrim Gaels player and the ball broke favourably to Conor Guckian but with just Conor O'Brien to beat, Guckian blasted his shot wide.

The second half scoring was opened by Leitrim Gaels' Paddy Flynn to leave the minimum between the sides but the Ballinaglera response was impressive. A Gerard Clarke point was quickly followed by a Seamie McMorrow free and approaching the midway point, Ballinaglera struck for goal with Fergal Wynne powering his shot past Mark Chandler.

To their credit, Leitrim Gaels responded well once more with David Regan blasting a shot to the Ballinaglera goal after a fine delivery from Aiden Flynn and a minute later Regan was presented with another sight of goal but blasted his shot wide.

With 12 minutes to go and just two points separating the sides, the game seemed destined for a grandstand finish but the intensity faded away in the final stages and there was to be just one more point from Fergal Wynne to ensure victory for Ballinaglera.