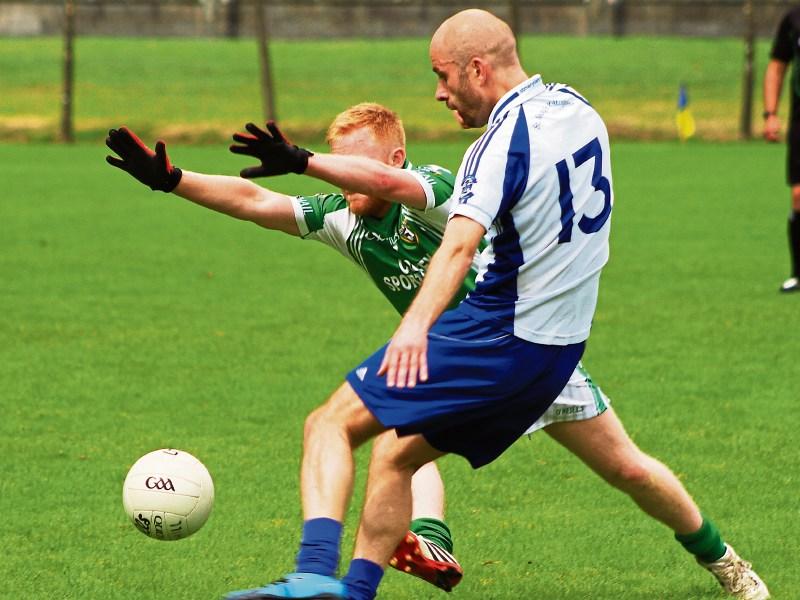 Any hopes that either of these two second string teams might challenge for the title was quickly extinguished after a desperately poor encounter in Cloone on Sunday.

In a match devoid of pace or any real championship intensity, Mohill always looked as if they had more energy and organisation about them compared to a disjointed and disinterested looking St. Mary’s but it was a game that won’t trouble any of the other teams in the competition.

You couldn't fault the effort of keeper Zorar Alkalami who made some great saves or Brian Crowe, Alan Duffy and Niall Comerton but too many of the St. Mary's players were completely off the pace.

Mohill's second string was definitely weaker than it may be later in the year given the amount of young players who got a start with their senior team on Saturday night. Barry Lupton, Gavin Kelly, Alan Keenan and Niall McGovern were best for a superior Mohill outfit.

St. Mary’s opened the scoring with a Paddy Greene point but Mohill replied with three fine Gavin Kelly scores within the first six minutes. Donal Butler hit back on ten minutes but the game quickly deteriorated after the bright opening.

Mohill continued to dominate as they added points from Kelly, John McGuinness and Lupton in the first six minutes of the second half to go six points clear. St. Mary’s rallied somewhat with points from Donal Butler & Paddy Greene.

There were red cards, out of keeping for the game, for St. Mary's Dermot Turley and Mohill's Stephen Flynn after a brief outbreak of narkiness, the incident following a couple of flashpoints in the seconds preceding the cards.

But Mohill looked to have weathered the danger with good points from Jonathan Beirne and Lupton. Ethan Harkin missed a gilt edged goal chance but a goal did come, at the other end when Damien Butler was first to react to a breaking ball, gathering well to fire the ball to then net.