Time to stand and deliver as Championship starts to heat up 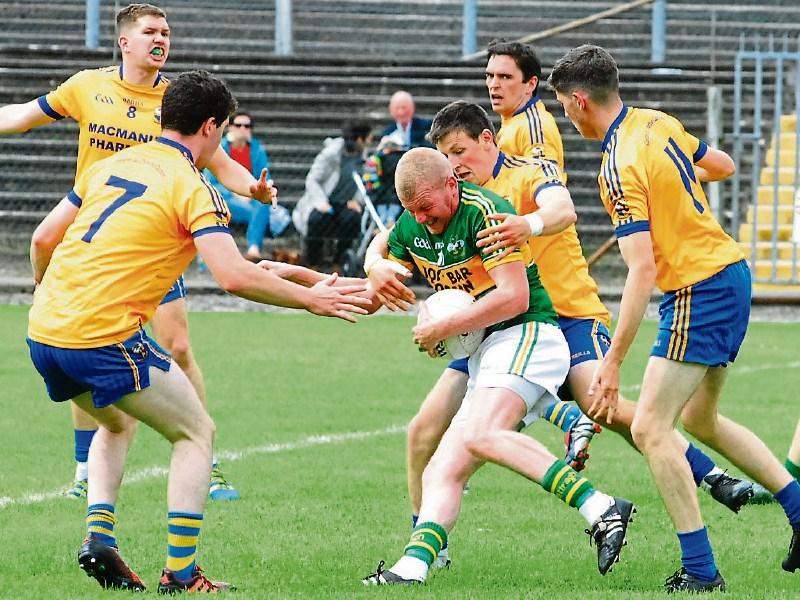 Championship weekend number two gets underway with a mouth watering clash between two of last year’s Senior semi-finalists and finishes with an intriguing clash on Sunday evening.

Below we take a brief look at the games with so much at stake in both the Senior and Intermediate championships. Victory for a team who won in the first round books a place in the quarter-finals, a loss is not particularly devastating while teams who lost in those games desperately need to get back on track with a win here, a loss leaving them with only one more chance to advance.

Gortletteragh v Mohill: An intriguing Group 2 clash that will see Mohill start as favourites but Gortletteragh will see them as vulnerable, particularly with Keith Beirne suffering an ankle injury last time out against Annaduff. Beirne scored an incredible 12 points and is the cutting edge of a strong Mohill outfit and the question is where will the scores come from if he is missing? Gortletteragh were well beaten by an understrength Glencar/Manor despite a strong first half, they will need a major improvement. This is also a derby and is always close, Mohill may have a slight, slight edge but don’t be surprised by a draw.

Bornacoola v St. Mary’s Kiltoghert: The fall in the fortunes of St. Mary’s this year has been dramatic and costly as they were lucky to get so close to Melvin Gaels last day out, They are beset by injuries and missing players but they will need a drastic improvement in their form. Bornacoola were desperately unlucky not to beat Dromahair the first day out, they should have and whether that is a motivation or a devastation, it is up to them to react in the right way. A small improvement should see the Bors take this game unless there is a major backlash from the Carrick men.

Annaduff v Glencar/Manorhamilton: Glencar/Manorhamilton will start as strong favourites in this one, running up 1-16 against Gortletteragh the last day without Adrian Croal & James Glancy. Reports suggest the Manor men were operating well within themselves the last day out so that is a scary proposition and they have the strength in depth and know-how to cope comfortably with everything thrown against them. Annaduff impressed against Mohill but need a major improvement in shooting accuracy, they might have caused a shock against the champions but their shooting let them down. Annaduff certainly looked better than their League form suggests but you still have to think that Glencar/Manorhamilton will advance here.

St. Patrick’s Dromahair v Melvin Gaels: A win for either team here guarantees a place in the quarter-finals and neither would have been favoured for it at the start of the year. Dromahair rode their luck against Bornacoola but perhaps that is what they have been missing and the sight of Melvin Gaels jersey should inspire them that little bit more. A young Melvin Gaels team will have taken a lot from the win over St. Mary’s, they need to improve their finishing a bit but the boost to their confidence should see them book their place in the quarter-finals.

Allen Gaels v Drumreilly: One team might have won in the first round but it is the team who drew who will start as favourites. Drumreilly fought tooth and nail against Kiltubrid and came out with a huge win but they may have suffered a few injuries they can ill afford. Allen Gaels were under-strength against Aughawillan and put in a tremendous effort but will need an effort over the entire 60 minutes to deliver on the potential in their ranks. If they can get a good supply into Nicholas Moore, the Drumshanbo men should prevail but if they get dragged into a war with Drumreilly and allow them the room for long range shooting, it will be a lot tighter than most people expect.

Aughawillan v Kiltubrid: Aughawillan have made a habit of starting slowly in the championship in recent years but if their performance against Allen Gaels is off, then other teams need to start watching out. True, they had problems in defence early on but they were rectified as the game went on and they will be determined to lay down a marker here. Kiltubrid were like Jekyll & Hyde against Drumreilly, an atrocious first half followed by a much better second but they may have a few injury worries after that game. Kiltubrid will need to raise their game several notches over the entire hour but it is hard to see beyond Aughawillan.