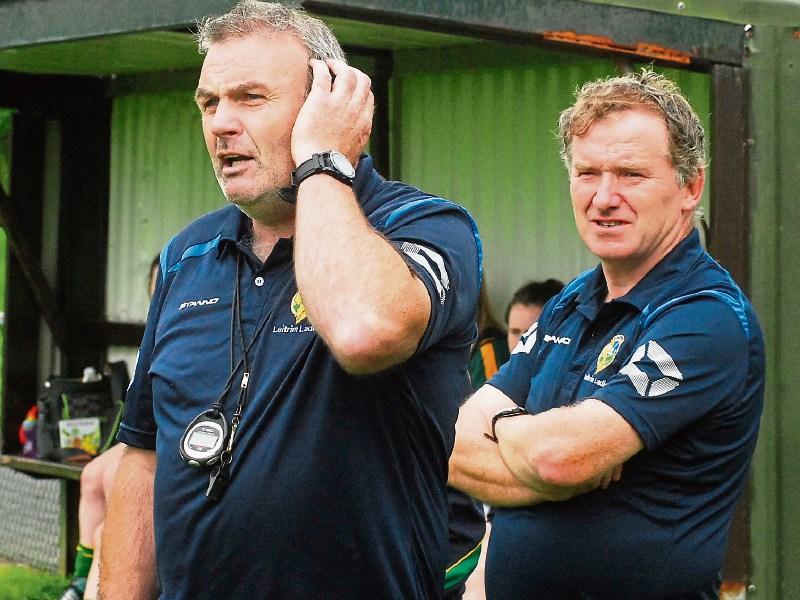 Division 2 side Kildare start the game as favourites but the Leitrim manager believes the Green & Gold Ladies are capable of a big victory in Kinnegad (1.30 throw-in) in the TG4 All-Ireland Intermediate Quarter-Final.

“It is a huge game for us now, probably the biggest game for us all year bar the Connacht Final,” Pat told the Observer, “Our training has gone well, we played a challenge there during the week and we got a good bit of work done, it is a big game and we’re looking forward to it.”

After a qualifier romp against Fermanagh, fitting in training and tactical work is that little more difficult with the games coming every two weeks but Pat feels it is the way the players prefer - “The early days after the last game, we get the physical training in and then we wind down and get through the tactical paperwork during the remaining days of the two weeks.

“Players always prefer games by far and it is grand when there is no club football in between, you have the two weeks and you can work three nights a week on it, five sessions in between two games and they are just coming grand. The only thing is if you have injuries, you don’t have an awful lot of time to recover but other than that, the timing is grand.

“We’re still waiting on Roisin Fowley, her ankle is still gone from that club game, Carla Le Guen got a bit of a bug during the week, she has been out all week and Mary Farrell is struggling a little too, she pulled up during a couple of sessions.”

Kildare represent a serious step up in what Leitrim have faced so far this year and Pat is very aware of the challenge - “Just went to see them playing against Wexford, their half-forward line is pretty good, their midfield, Aisling Bolton in particular, is very good, a very seasoned campaigner for them. They have Noelle Earley in at full-forward.

“At the same time, Kildare were playing at the bottom of the Division 2 League, I think Sligo beat them during the League so there mightn’t be a lot between us at the same time. They would certainly have that advantage of playing in Division 2, they actually played in the All-Ireland Intermediate Final last year and Waterford beat them pretty well on the day but the year before that, they were a Senior team so they have huge experience at this stage.

“Another aspect of it is that is a team that is unknown to Leitrim, we don’t play them that often. It can also bring an element of fear, that they have to have their wits about them and show them the respect they deserve. It is a strange team, it is a team we aren’t playing every day of the week so we only get one crack at them.”

But for all that, Pat heads into the game in a confident frame of mind - “I am confident, I think we are going very well. I think we didn’t get the job done in the Connacht Final, we had four or five other goal chances that we didn’t take and on the day, I thought there was a number of sin-bins that could have been dished out.

“They’ve been in a Connacht Final the last three or four years, this is a road they haven’t been on for a while and it could be the way through for them. They've come through as Connacht champions a few years now and they haven’t got over the line but this may be the way to do it.”

This will definitely be Leitrim's toughest test of the year - Kildare have been operating in Division 2 all year and stormed to the Leinster crown in some style and the memory of last year's Final loss is sure to drive them on.

Leitrim will have learned nothing from the destruction of Fermanagh and may have revealed a little too much for the Kildare observers that were sure to have been in Bawnboy.

The victory was nevertheless a much needed tonic after the Connacht Final defeat but Kildare will actually prove to be serious opposition unlike the Fermanagh women.

The odds have to be in Kildare's favour despite Leitrim's incredible scoring power. Leitrim's defence has conceded quite a few goals this year and a big improvement is needed if Leitrim are to score a shock victory.