Wasteful yet deadly Drumkeerin far too good for Carrigallen 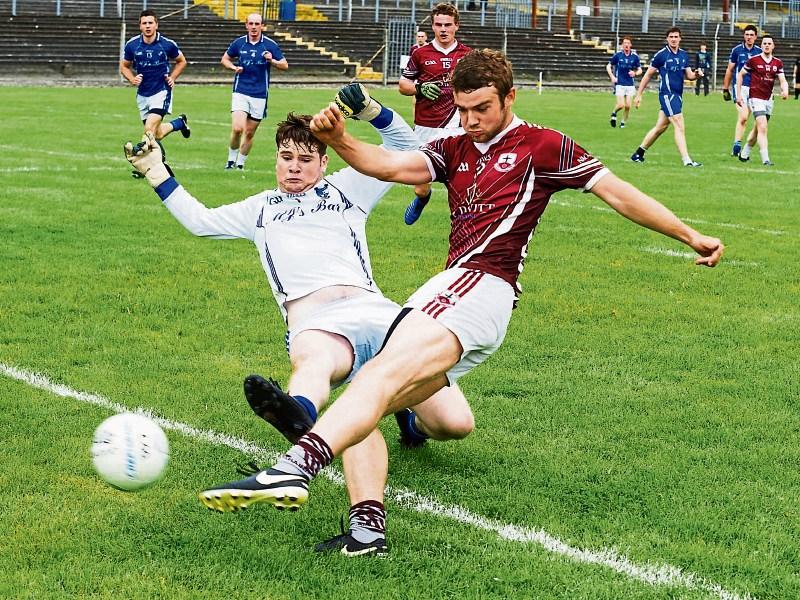 Drumkeerin reignited their championship campaign with a comprehensive demolition of Carrigallen but they will know that there is lots of room for improvement.

It may seem a little harsh given that the north Leitrim men cruised to a 12 point victory but it really should have been so much more as Drumkeerin kicked an incredible amount of wides in a one-sided contest.

Carrigallen came into the game on back of a morale boosting win over Cloone but they were never at the races in this game as their defence was never able to cope with the pace and movement of a Drumkeerin attack who really should have scored a lot more.

Drumkeerin never gave their rivals a chance of making a contest of this game but they will be concerned by the amount of poor misses they had, particularly in the second half when they were really under no pressure at all.

Carrigallen were first off the mark with a Gerard Percival point after just ten seconds but a huge Jamie Langan point levelled the scores before Drumkeerin took control with a great deal of fortune when Patrick McHugh’s shot was deflected into his own net by Carrigallen keeper Darren Kenny.

Matis Polis pulled back a point for Carrigallen but despite a succession of wides, Drumkeerin took control with a fine point from Colm Clarke and a brilliant goal from Jamie Langan, a long ball in that saw him side-foot the ball expertly to the Carrigallen net.

James Gallagher hit two points either side of a Percival point but great work from Gallagher and Clarke set up Cathal McCauley for an easy goal on 19 minutes. Ciaran Reilly and J.P. McManus hit back with two good points under pressure but Patrick McHugh pulled on a loose ball that flew over the bar.

But the game was over when Cathal McCauley unleashed a ferocious thunderbolt to the far corner of the net as a shell-shocked Carrigallen now trailed by four goals with five minutes left in the half.

Carrigallen almost goaled when J.P. McManus’ shot was deflected over the bar but only after the veteran had inadvertently blocked a shot from Ciaran Reilly who robbed keeper Kevin Forde. It still left Drumkeerin 4-5 to 0-6 in front at halftime.

The second half was more of the same with Percival putting over two frees in the first seven minutes but they were matched by fine points from Eddie McTiernan and McCauley as Drumkeerin started to empty their bench.

Sub Daniel Hackett and Percival added points for Carrigallen with James Gallagher getting one back for Drumkeerin before sub Bobby O’Rourke added a point seven minutes from the end, the last score of the game.