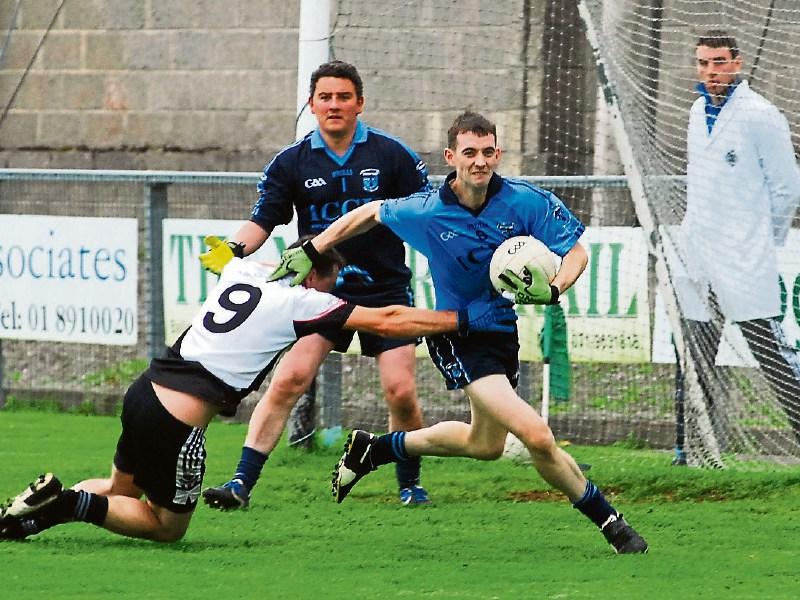 Eslin got their intermediate championship campaign off to a winning start in Ballinamore on Saturday when they saw off the challenge of Glenfarne/Kiltyclogher.

Eslin asserted command in the first half and went in leading by six points at the break but after an impressive start, they faded out of the game for all but the final minutes of the second half.

Even though Glenfarne/ Kilty improved by a fair degree on their lack lustre performance against Fenagh, the North Leitrim men still found Eslin to be a bridge too far.

Eslin made a bright start with Jamie Stenson tapping over a free and Barry McLoughlin pointing. Glenfarne/Kilty got on level terms by the 14th minute with Rory McLoughlin & Darren Murray whipping over a point apiece.

Eslin completely dominated the second quarter after Paul Kilcrann put them in front and five unanswered points for Eslin were tacked on before the break with Shane Beirne, Barry McLoughlin, sub Conor Reynolds, Jamie Stenson (from a spectacular effort out on the sideline) and Tomas Beirne.

Eslin led by 0-8 to 0-2 at halftime and increased that advantage with a point apiece from Tomas Beirne and Joseph Stenson but after that, they failed to score for another 21 minutes as Glenfarne reduced the deficit to four points.

The Glenfarne/Kilty resurgence began with a Darren Murray 38th minute free, followed by a Declan Sweeney point a minute later.

Keeper Joe Keaney advanced to make a 40th minute point blank save to deny a Barry McLoughlin Eslin goal chance after McLoughlin got through one-and-one on Keaney.

Two Darren Murray points closed the gap to four by the 54th minute but they were the north Leitrim’s side last scores as their surge ended.

Eslin, who had been on the back foot for a long period, finished strongly in the dying minutes with a pointed Jamie Stenson free after Adrian McCaffrey was fouled and a soccer style goal from Jason Barry.

Glenfarne/Kilty before the end might have had a consolation goal had not Ciarán Clancy drove his chance inches wide.