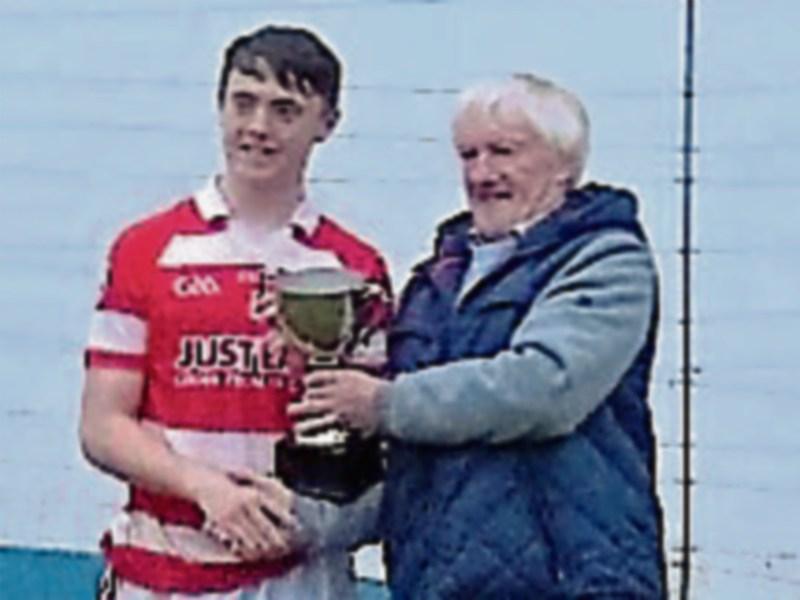 A team of young men from the Carrick-on-Shannon area came of age last Wednesday night when, in fading light, they finally saw off the challenge of Roscommon hurling kingpins, Four Roads to lift the Roscommon Under 16 League title.

History was made by Carrick as they pulled away from their opponents in the second half of extra time to deservedly win by seven points and claim the Roscommon League crown.

This was an exceptional game of hurling all through. From the very start both teams played with high intensity and showcased a range of skills that kept the crowd hugely entertained.

A pulsating match that saw the lead change on several occasions, Carrick lay down a very early marker when Diarmuid Kelleher doubled to the net inside the first twenty seconds and early points from Liam Phelan, Donal Moreton, Stephen Goldrick and Jordan Reynolds, and a goal from Phelan, pushed Carrick into a strong lead.

However, Four Roads are the leading hurling club in Roscommon for a reason and hit back with two goals to leave the half time score 2-10 to 2-5 to Carrick.

Four Roads stepped up the play from the restart and drew level before Carrick again found a foothold in the game and clawed their way back in front as the game drew to a close. A couple of late frees allowed Four Roads to equalise and extra time was needed.

Stephen Goldrick really played a captain's role in extra time but a Four Roads goal, despite the bravery of Shane Mallon in goals, levelled it up again by half time in extra time.

A flicked goal by Ashley Maziya gave Carrick a cushion and points followed to close out the game as Carrick supporters rushed onto the pitch to celebrate.

What a win by this group of brilliant players. They were all heroes who battled and fought for everything, giving every ounce until the final whistle and that determination paid off. A wonderful day for hurling in Carrick and in Leitrim!