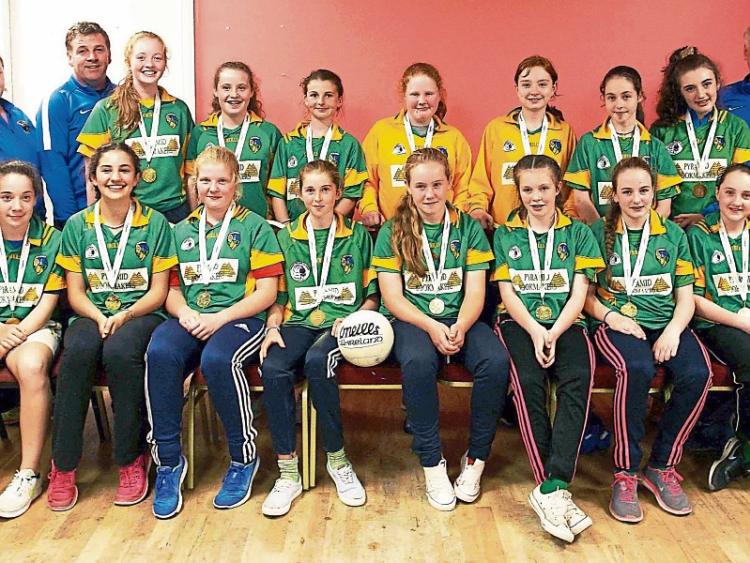 It was a golden weekend for Manorhamilton young ladies footballers as they stormed to victory in the HSE All-Ireland Community Games U14 Gaelic Football Finals in Athlone last Sunday.

The Manorhamilton Area team defeated Sheelin of Cavan in a ferocious semi-final 2-17 to 2-8 before proving far too strong for Leinster champions Knocklyon of Dublin in Sunday's Final, winning out 6-8 to 1-6.

The victory completes a remarkable year of success for four members of the team as Hannah Johnston, Leah Fox, Muireann Devaney and Mairead Clancy have now collected three All Ireland medals in 2016. All four were members of the victorious Glencar Manorhamilton Féile, Manorhamilton Area Community Games and Leitrim Ladies C Championship teams who won U14 All-Ireland titles in 2016.

Manorhamilton's team finished fourth in the Girls U12 competition in Athlone while there was further success for the Manor Area when Ella McDaid and Senan Kelly both won medals on the Athletics track last Sunday.

Last weekend completes one of the most successful years for Leitrim Community Games with national medal success in swimming, athletics, gaelic football, chess and culture and a host of other good performances.