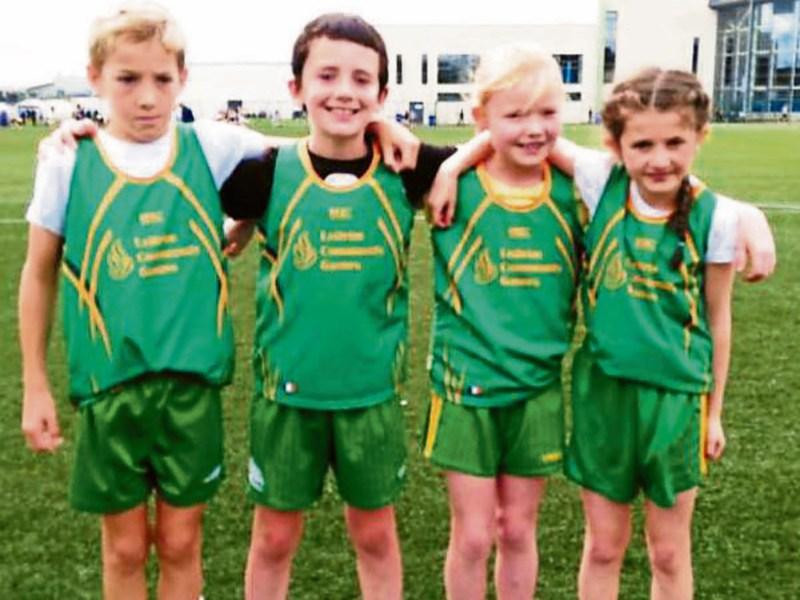 No more than Ireland’s Olympians in Rio de Janeiro, Leitrim athletes had their fair share of glory and heartbreak at the HSE National Community Games Finals in Athlone.

But there was heartbreak in what is often termed as Ireland's Mini-Olympics for Carrick-on-Shannon’s Mixed U13 relay of Sean Brennan, Sophie McCabe, Lauren Reynolds and Toyosi Fagbo who were denied a medal by just six thousands of a second in one of the closest near misses imaginable.

There were also a host of final appearances for Leitrim’s athletes in all age groups as the county continues to punch well above it’s weight.

Ella McDaid won a bronze in a highly competitive U14 Hurdles despite being underage next year and her Area team-mate Diarmuid Giblin also reached the Boys Final with a strong performance.

Manor’s Senan Kelly won a fourth place medal in the U8 80m B Final, a great achievement for a young runner while Roscommon’s Luke Charles, who runs with Carrick-on-Shannon AC, reached the 80m Final.

Luke’s brother Oliver also reached the U14 100m Final where he pipped his Leitrim clubmate Toyosi Fagbo for the fourth qualifying place in the semi-final while his clubmate Ellis Conway, again lining out for Roscommon, won a fourth place medal in the U16 200m.

There were also 100m Final appearances for Kinlough’s Ruairi McGloin who underlined his talent with a strong showing in the U12 Final while Mohill’s Alannah McGuinness put in an excellent performance to reach the U16 Final despite having another year in the age group.

Carrick’s Diarmuid O’Connell fought his way to the U10 200m Final with a strong display while Ballinamore Area’s Ellie O’Rourke reached the U14 800m Final but found the going tough in the final.

There were plenty of near misses as well - Ballinamore's Louis Quinn finished fifth in his U60m semi-final and was desperately unlucky not to qualify for the final while Carrick-on-Shannon's U12 relay team of Dhani Keane, Daniel Martin, Ben Finn and Gerard Murtagh finished fifth in their semi-final to just miss out on a place in the Final.

Ballinamore's U10 Mixed relay team also put in a good display to reach their semi-finals on a rain soaked Saturday while Carrick AC's Cian Casey had the misfortune to fall during his U10 Hurdles semi-final on Sunday.

Patrick Charles, running for Roscommon, qualified from his 100m heats in the U12 event while there were good performances in the field events from Kinlough's Rebecca Carolan.

That concludes the Community Games season for another year, a very successful one for Leitrim.