Mayo do enough to reach another final

Sport is cruel enough without rules making it even more so. The Black Card needs to be reviewed and urgently 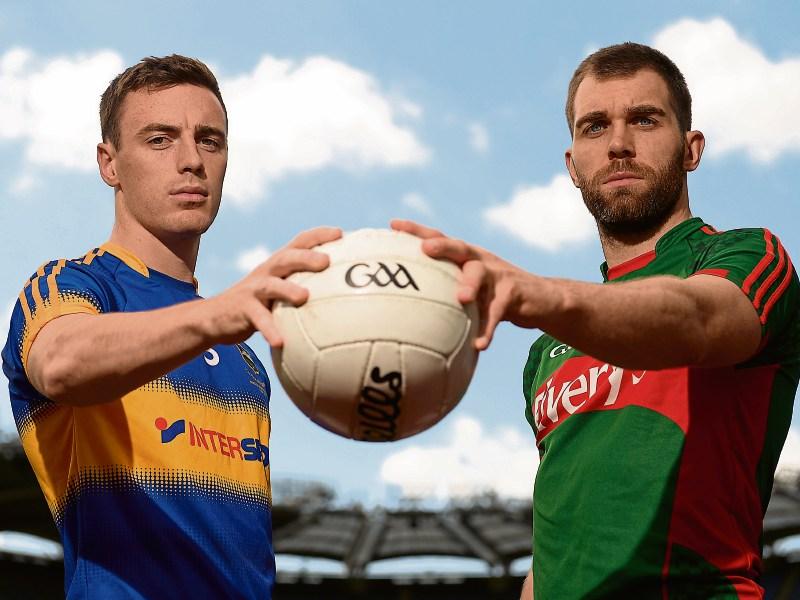 Mayo did what they needed to do in order to overcome Tipperary in Croke Park. It’s pretty much what they’ve been doing since Galway knocked them out of the Connacht championship back on June 18.

As a result, they have gone further in the championship than the Tribesmen. But they won’t feel like having the last laugh unless they go all the way. Another All Ireland final defeat is the last thing this side needs. They look a little less incisive and dangerous than the Mayo team of four or five years ago but they still have teeth as they proved against Tyrone in their quarter-final.

Andy Moran was their go to man and I couldn’t believe that Tipperary didn’t make a switch on him until half time. Moran was destroying them both as a score getter, provider, and outlet for men in the middle of the park.

Moran is 33 years old this November and the benefits of having an injury-free season is really evident. He’s full of running and looks fresh and hungry. His inside runs should be studied by every player keen to make a name for himself as a modern corner forward.

He doesn’t waste ball. He doesn’t mind making runs to make space for others players. He’s happy to be substituted when he has run himself into the ground. He’s the sort of player I’d love to have on my team and is a natural leader.

Once Tipp finally put a sweeper in front of him in the second half his influence was lessened, but not negated. As a result, Liam Kearns’ team began eating into Mayo’s six-point half-time lead. It was a lead that flattered Mayo as Tipperary really put it up to them in the opening 30 minutes.

Their huge effort and hard work was most often undone by taking the ball into the tackle and some sloppy hand passing.

The perfect case in point was when, with 27 minutes played in the first-half, they were turned over on the half-way line due to a combination of both shortcomings. Within 10 seconds, the ball was in the Tipperary net and the Munster side’s hard-earned 0-3 to 0-6 lead was wiped out.

Recognising that the Premier County were a little shell-shocked, Mayo, like all good prize fighters, turned the screw and rattled off a few more damaging, but not killer, blows to lead by 1-10 to 0-7 at the interval.

But Tipp came back at them again and chipped away at the lead until just two points separated the teams with 48 minutes played. A rather fortuitous goal finally sealed the deal for Mayo but Tipperary, a team that Leitrim regularly defeated just a few seasons ago, will have been happy with how they acquitted themselves in their first All-Ireland semi-final for 30 plus years.

Watching the game really reinforced my opinion that the Black Card is the most unfair rule that the GAA has introduced for some time. I fully accept that the measure has almost eradicated the instances of off-the-ball blocking that had become a scourge on the game. But it is not a fair rule and it wasn’t the only option to achieve that outcome.

Take the case of Tipperary centre back Robbie Kiely. Yes, his tackle was awkward and could have been judged as somewhat cynical, but he had to make it. Did it warrant him missing 90 per cent of the biggest game of his life? Certainly not.

A ten-minute Sin Bin option would have punished both the individual and his team by giving the opposition a power play period. Kiely would have been allowed return to play and contribute as he has done so capably throughout this season. His replacement never got into the game: the Black Card significantly supports the larger counties who have stronger panels to pick from on their benches.

Looking at the tears welling up in Kiely’s eyes as he was forced off the field of play was heart-breaking. I know the feeling – I had to be substituted after just 10/15 minutes of the Tommy Murphy Cup final in 2006 due to injury. I had two cortisone injections prior to the game to try and help me play through a torn calf muscle but I couldn’t get up to a sprint in the game.

What should have been one of the best sporting days of my life turned out to be one of the most devastating. I really felt for Kiely on Sunday. Sport is cruel enough without rules making it even more so. The Black Card needs to be reviewed and urgently.