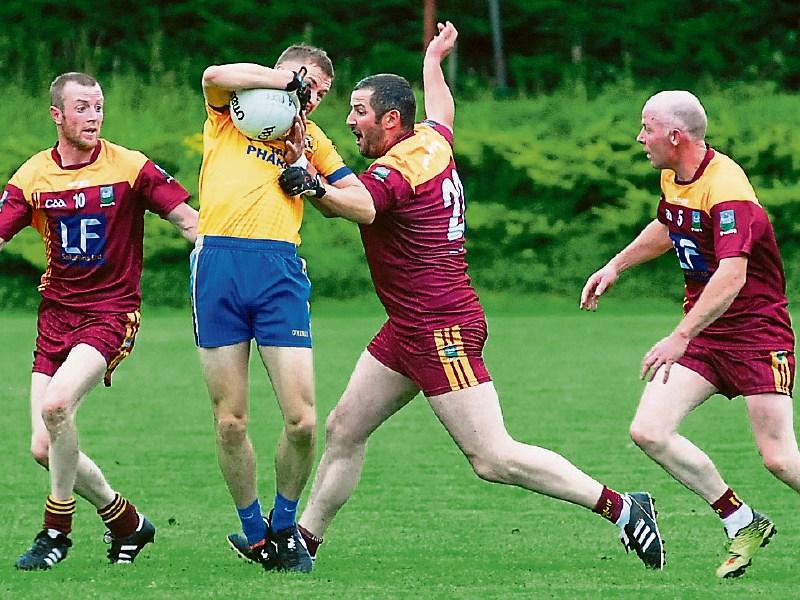 It is crunch time for the championship but with a lot less crunch than you would normally expect in the last round of the Connacht Gold Senior and Fox’s Monumentals Intermediate Championships.

Normally, there would be potential for great drama in the final round of games but when you examine the games, the prospect of drama is few and far between. Below we take a brief look at next weekend’s games:

Allen Gaels v Kiltubrid: This is a real mouth-watering clash as simply put, a win for the Gaels would give them three points and a place in the quarter-finals while a Kiltubrid win would lift them onto two points and give them, at least a playoff, so it really is all to play for.

It is an incredibly difficult game to predict as I expected Allen Gaels to lay down a marker against Drumreilly, which they did for three quarters of the game but when they imploded, they did so spectacularly. Kiltubrid showed enough against Aughawillan to suggest that if they maintain their focus and improve accuracy, they will be very hard stopped.

It is a local derby to add to the occasion and the heightened stakes will add to the tension. The team that keeps its cool and delivers under pressure will emerge and while this may seem like splitting hairs, Allen Gaels have greater strength in depth but if Kiltubrid can improve their finishing, they can pull off a shock.

Aughawillan v Drumreilly: Another huge local derby but both teams are already through to the quarter-finals, it is hard to know if they will show their full hand. Drumreilly have a lot of injuries and may seek to rest themselves while Aughawillan may have more of an imperative to perform better than they did in the Kiltubrid game. Expect uncompromising football and hard hits but Aughawillan may just sneak it.

Annaduff v Gortletteragh: The biggest game of the day - the winner takes third in the group to keep their championship alive, the loser goes home and wonders what might have been. Annaduff have exceeded all expectations and were, by all accounts, desperately unlucky not to beat Glencar/Manorhamilton but now the pressure is one to deliver.

Gortletteragh’s failings this year has been their finishing as they have kicked away lots of good chances in both their games. The reliance on Cathal McCrann’s frees has proved costly when the freetaker has had an off-day but the return of Jack Heslin will inject far more threat to a forward division yet to really damage an opponent.

Annaduff have shone so far but will need a little bit of ice in their veins. There is no doubt that they have the talent but discipline may come back to haunt them. Annaduff have the better scoring difference so a draw suits them but if they want to be the best placed third team, they will need a victory.

This one is desperately hard to call but Annaduff may just sneak it after a titanic battle.

Glencar/Manorhamilton v Mohill: A repeat of last year's County Final with no prize other than bragging rights since both are already through to the quarter-finals. Both have been a little shaky at times in their games but both also show the ability to win tight games when not playing well.

Both teams are missing key players and there is nothing at stake here other than sending out a message. With the keen rivalry between the teams, neither will want to take a step back so don't be surprised by a draw here.

Bornacoola v Melvin Gaels: Bornacoola need a win to survive but it may not be enough as they lost the head to head clashes against Dromahair and Carrick. Bornacoola have been desperately unlucky so far and rely far too much on Gary McCloskey but they now face a Melvin Gaels team who many are marking as potential champions - the Kinlough men to strike the jackpot again.

St. Patrick’s Dromahair v St. Mary’s Kiltoghert: Both teams have one win under their belt but haven’t impressed. A win guarantees a place in the quarter-finals while the loser may go into the playoff. Dromahair started well but lost heavily to Melvin Gaels while St. Mary’s look to have gained a small degree of momentum and that may just be enough to take the victory here.