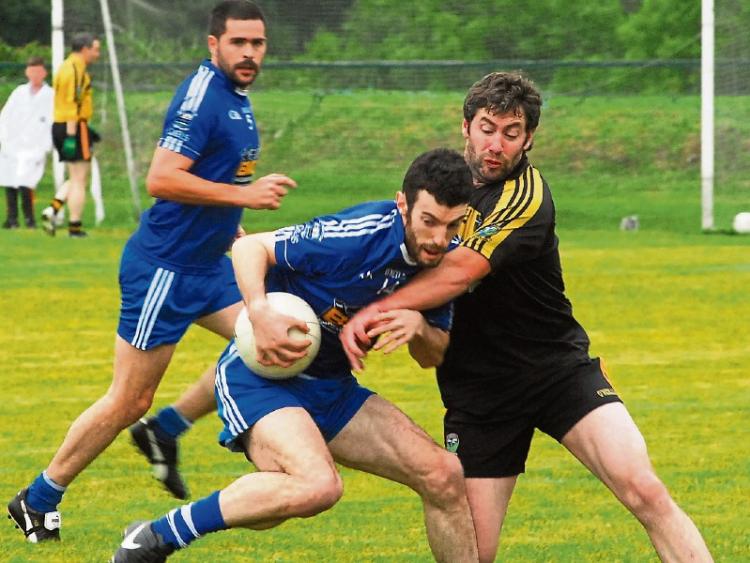 Melvin Gaels' impressive return to the Connacht Gold Senior Championship continued on Saturday last in Drumshanbo when they comfortably brushed aside the challenge presented by Bornacoola.

After commanding wins over St Mary's and Dromahair in their opening two games, Melvin Gaels went into last Saturday's game in Shane McGettigan Park knowing their place in the quarter-finals was already assured but there was no sign of complacency from the Kinlough men who are rapidly emerging as a real force to be reckoned with in this year's championship.

Throughout the pitch Melvin Gaels have power, mobility and no shortage of excellent footballers who are all singing off the same hymn sheet. Under the guidance of Liam Gilmartin a group of fine footballers have been moulded into a team to be reckoned with who rarely squander possession cheaply.

Rather than implement a defensive structure that has blighted many games, Melvin Gaels both defend and attack as a team making them equally formidable at both ends of the pitch.

Bornacoola on the other hand set-up with the intention of trying to nullify the potent Melvin Gaels attack but as they discovered that is easier said than done. At the other end of the pitch full-forward Damien Moran was deprived of quality ball and was contained by a combination of Micheal Ferguson and Fabian McMorrow over the course of the contest.

Conor Sheridan opened the scoring with a sixth minute free and a minute later the Gaels gave a glimpse of their ability as an attacking force as Ferguson, Jonathan Connolly, Matthew Cleary, James Bredin linked up tearing the Bornacoola defence apart before Peter McGowan pointed to give the move the scoring finish it deserved.

Further points from Thomas Lipsett, Matthew Cleary (free) and Liam Ryan helped open up a five point lead before Sean McKeon pointed after a Brian Conroy pass to give Bornacoola their first score of the game after 17 minutes.

The remainder of the half was dominated by Melvin Gaels with further scores from Conor Sheridan (two frees and another from play), and Matthew Cleary (free) giving them a commanding 0-9 to 0-1 lead at the break.

Just three minutes after the restart Bornacoola's task became even more daunting when a devastating counter-attack resulted in a goal. Philip McGowan led the charge for Melvin Gaels and Thomas Lipsett applied the finish.

There was an air of inevitability about the second half as the game progressed with points from Conor Sheridan for Melvin Gaels and Bornacoola's Trevor Howard (free) the only addition to the scoring over the next 11minutes.

Points from Peter McGowan and a terrific effort from Jesse McGuinness opened the gap between the sides to 13 points with 15 minutes still to play.

Bornacoola outscored Melvin Gaels 0-4 to 0-3 during the final quarter with Sean McKeon, Damien Moran (two) and Sean Muldowney on target for the Bors while Peter McGowan (free), Darragh Rooney and Stephen McGurran were on target for Melvin Gaels who celebrated a thoroughly deserved victory.