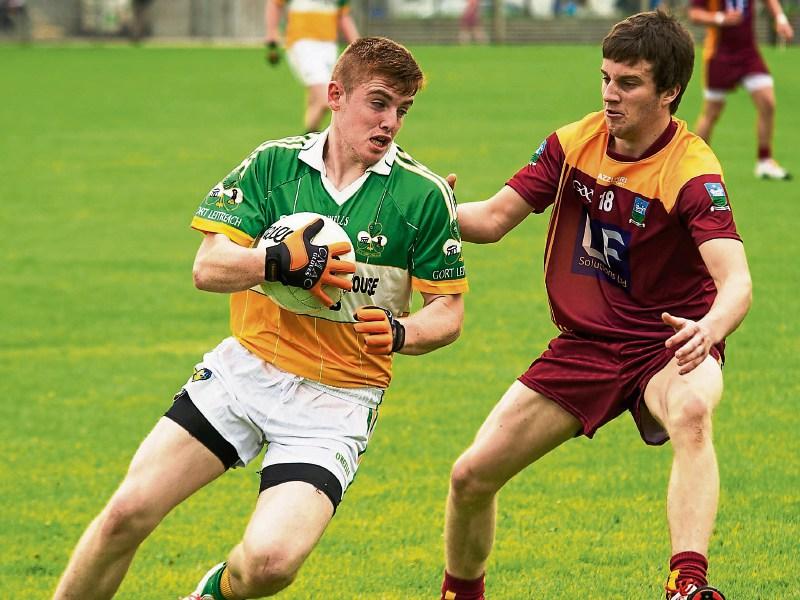 Despite finishing the game with 13 players, Gortletteragh still kept their championship hopes alive with a two point win over Annaduff in a tense and entertaining showdown.

In a winner takes all game, Gortletteragh booked a place in the Quarter-Finals, denying Annaduff in a hard fought game that unfortunately spilled over into a mass brawl after the final whistle in Pairc Sean Mac Diarmada.

The on-field melee took place for a number of minutes involving both teams before mentors eventually succeeded in separating the ‘warring’ players and matters calmed for the teams to return to their respective dressing rooms.

The melee may yet have consequences depending on the report of the referee or County Board officials.

Gortletteragh’s win gives them a play off for the eight championship quarter-final place with Dromahair, who were defeated in their Group 3 tie by St. Mary’s on Saturday evening. Annaduff will now go into the championship relegation play off.

Ray Cox shot the game’s first score when he whipped over an Annaduff point just 28 seconds after the throw-in. Gortletteragh got on level terms over the next two minutes when Jack Heslin replied with a point.

Another Ray Cox point in the sixth minute put Annaduff back in front before Annaduff’s Mathew Reynolds received a yellow card for a ninth minute foul on Jack Heslin while Gortletteragh’s Francie Flynn was yellow carded shortly afterwards.

The tone of the game changed when Gortletteragh won a 14th minute penalty which Cathal McCrann tucked away to put his side into the lead for the first time. Annaduff’s Chris Farrell was yellow carded for the foul for which the Gortletteragh spot kick was awarded.

Francie Flynn pointed in the 15th minute to put Gortletteragh further ahead but the eventual winners had a let off a minute later when Ray Cox drove a goal chance wide.

Despite the miss, Annaduff surged and got on level terms by the 21st minute as they reeled off three unanswered points from Joe Cox, Francie McNabola and Sean McNabola.

Yet Gortletteragh were still threatening as Annaduff keeper Jim McCormack made a super 24th minute save to deny a goal bound Francie Flynn effort and Gortletteragh edged back in front again a minute later when McCrann split the posts with a converted ‘45.’

Dermot Colreavy provided a two point lead for Gortletteragh when he fired over a 27th minute point.

Before the end of the half, two points were traded by the teams - Sean McNabola & Francie McNabola shot a point each for Annaduff while Evan Ward & Dermot Colreavy were on target for Gortletteragh which left them leading by 1-6 to 0-7 at the halftime interval.

However, Gortletteragh's hopes took a blow within three minutes of the restart when Francie Flynn received his second yellow card and his side was reduced to 14 players.

But Gortletteragh regained the lead four minutes later in dramatic fashion when Kevin McGrath finished a well worked move to the Annaduff net.

Annaduff responded with two points to get on level terms by the 44th minute with Joe Cox and McNabola registering their scores.

In the final quarter, Cathal McCrann edged Gortletteragh into a two point lead after he put over a free and his second ’45.’ Annaduff kept looking to get back into the game but Sean McNabola's free was matched by a point from Gortletteragh’s James Campbell.