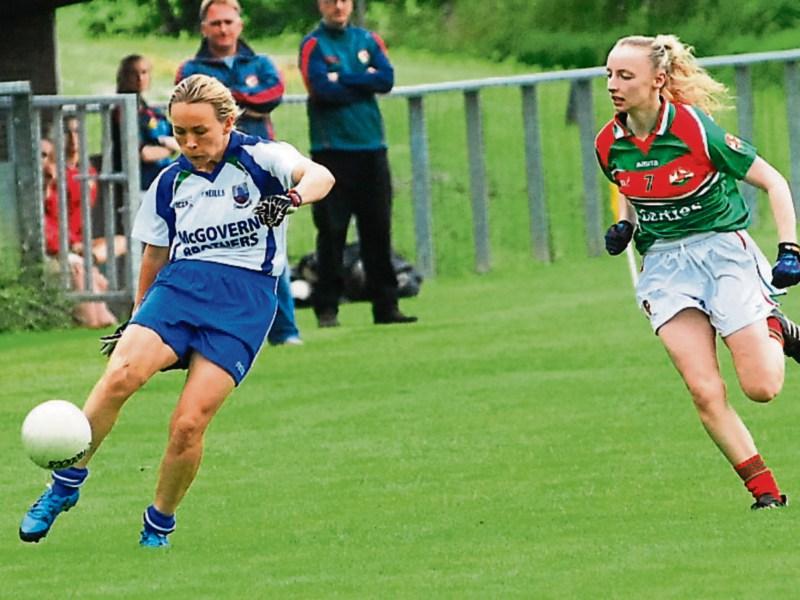 The stakes get much higher next Saturday as the Cox’s Steakhouse Ladies Senior Championship Semi-Finals feature two mouth-watering ties.

Champions Kiltubrid take on Dromahair while St. Joseph’s face Aughawillan in two games that would normally draw big crowds but a scheduling conflict does nothing to help the promotion of the Ladies game.

Fixing two exciting games for exactly the same time won’t help draw a crowd to either Cloone or Leitrim as many involved with both teams would like to see the other games while a clash with Carrigallen’s Intermediate Championship playoff game is sure to have an effect on attendance.

As it is, the two games are really up for grabs with all four teams justifiably feeling that they can lift the Cup the following Sunday as definite favourites are not easy to pick out. Below we take a brief look at both games:

This is a tremendously difficult game to predict - Kiltubrid are the defending champions and boast an incredible scoring power with Aine Tighe, Michelle and Emma Guckian in their ranks. And they showed last year in their run to the Connacht Final that they are a match for any team on their day.

However, Dromahair looked set to dominate for years to come when they made their first breakthrough and players like Sinead Fowley, Anna Conlan, Roisin Fowley, Mary Farrell, Sharon Kelly and Edel Fowley give them incredible strength in depth.

Dromahair have probably been the most impressive team in the group stages so much and if they can restrict the influence of Aine Tighe without conceding frees, the north Leitrim women have the strength to advance. Otherwise, the Leitrim star will lead Kiltubrid back to the final.

This is a feisty and often tough rivalry and it really could go either way. Aughawillan will feel that they left the title behind them last year and the sight of St. Joseph’s will motivate them quite a good deal.

Aughawillan’s younger players are starting to have a bigger influence on their team and Aileen Maguire, Carla Le Guen, Eimhin Quinn and Caoimhe Gaffney all have the potential to drive this team on for years to come but they will still need big contributions from long serving veterans Catherine Holohan and Mary McKeon.

St. Joseph’s showed real spirit and heart in beating Kiltubrid in an epic group game and backboned by the Heslin and Moran sisters, Bronagh O’Rourke, Claire Owens, Alannah Bohan and Phillipa Maguire, they look like a team with the all-round strength to impress.

Star forward Carmel McCartin got married just last week and if she was unavailable, it would be a huge blow for the Aughavas & Carrigallen women. Similarly, Aughawillan have been without Grainne McGlade so far this year and her return would be a massive boost.

This really could go either way but form at the moment suggests St. Joseph’s but not with any certainty.

The Intermediate Championships features an intriguing mix of games - Fenagh have come up after years in the Junior ranks but face a Mohill team that have a lot of talent in their ranks but they have slipped down the grades in recent years.

However, if a fully committed Mohill can get all their best players on the field, they have the strength in depth to prevail against an up and coming Fenagh.

Oughteragh Gaels and Drumkeerin have a strong rivalry over the last few years. Drumkeerin too have a young team that has been coming through but the Aughnasheelin and Sean O’Heslin’s combination would appear, on paper, at least to have too much strength for them this time.