Gortletteragh do just enough in tale of two halves 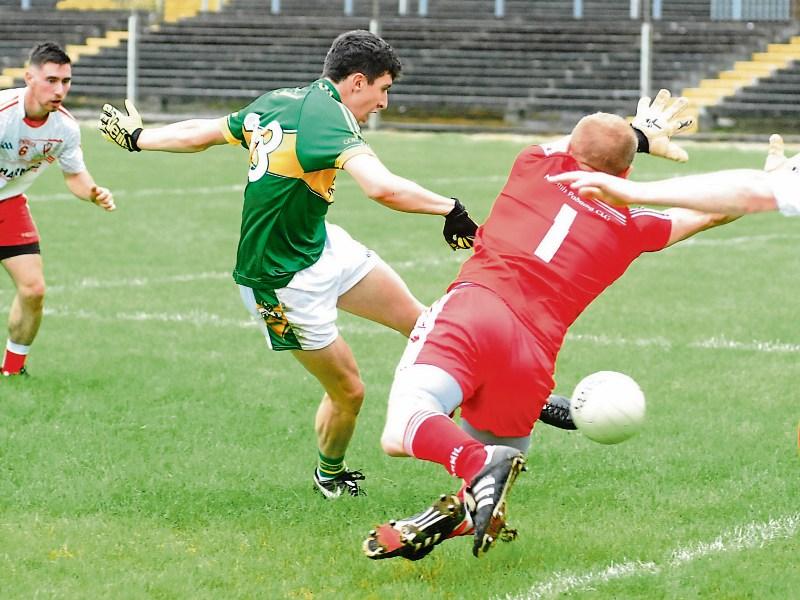 After two contrasting halves in Páirc Sean on Saturday, Gortletteragh claimed a quarter-final place against Allen Gaels while Dromahair will have to fight for their Senior status when they face Kiltubrid in a relegation semi-final.

Gortletteragh totally bossed the first half with goals by Niall Woods and Jack Heslin to lead by eight points at the break but after Dromahair took complete midfield control in the second period, they outscored the winners 0-6 to 0-3 but their spirited fightback fell well short at the end.

Jack Heslin drew blood for Gortletteragh when he fisted over a point just 11 seconds after the throw-in. But Cian Clinton had the sides on level terms within the space of another minute when floated over a 44 metre free.

Gortletteragh stamped their authority on the proceedings after they opened up the Dromahair defence in a swift direct sixth minute move that ended with Niall Woods firing to the net from 14 metres.

Cian Clinton kept Dromahair in contact when he put over a 13 metre free four minutes later but Gortletteragh replied with points apiece from Dermot Colreavy and Kevin McGrath by the 12th minute.

A third Dromahair free from Clinton reduced Gortletteragh’s lead to three points but Gortletteragh responded by stretching their advantage to five points by the 21st minute, Jack Heslin pointing from close range after being put through by a well directed long distance Cathal McCrann foot pass.

McCrann then stepped up to put over a close-in free after Dermot Colreavy was fouled. Dromahair responded with their first point from play when Robbie Cunningham split the posts but Niall Woods quickly answered with a 23rd minute point.

Two minutes later, Gortletteragh’s Gerard Campbell was shown yellow for a foul on Robbie Cunningham, Clinton punishing this indiscretion with his fourth free.

Crucially, Jack Heslin struck for a vital second Gortletteragh goal in the 27th minute when he pounced on a defensive error and fired to the net, the goal putting his side firmly in command.

Heslin added another point before the break that put Gortletteragh into a 2-7 to 0-5 halftime lead. After the restart, Dromahair lifted their game and outplayed Gortletteragh for the second half.

In the opening three minutes, Dromahair hit over two points without reply when Kevin Conlan hit the target after being put through by Gary Fowley and Cian Clinton put over a free for a foul on Conlan.

Francie Flynn responded with a 34th minute Gortletteragh point. Dromahair completely dominated the exchanges for the next 25 minutes when they put the Gortletteragh men on the back foot and holding them scoreless in the process.

However Dromahair only managed to reduce Gortletteragh’s advantage to three in this long spell with Paddy McGowan, Clinton (free), Robbie Cunningham and Gary Fowley adding a point each.

Gortletteragh had a let off when Ciarán Egan made a goal line save to deny a Gary Fowley goal chance. Yellow cards were issued during this spell to Dromahair’s Jamie Conlon and Gary Fowley, as well as to Gortletteragh’s Conor Reynolds.

After going 25 minutes without scoring Gortletteragh finished with a flourish with sub Barry Tiernan pointing from play and with Cathal McCrann tapping over a late free.