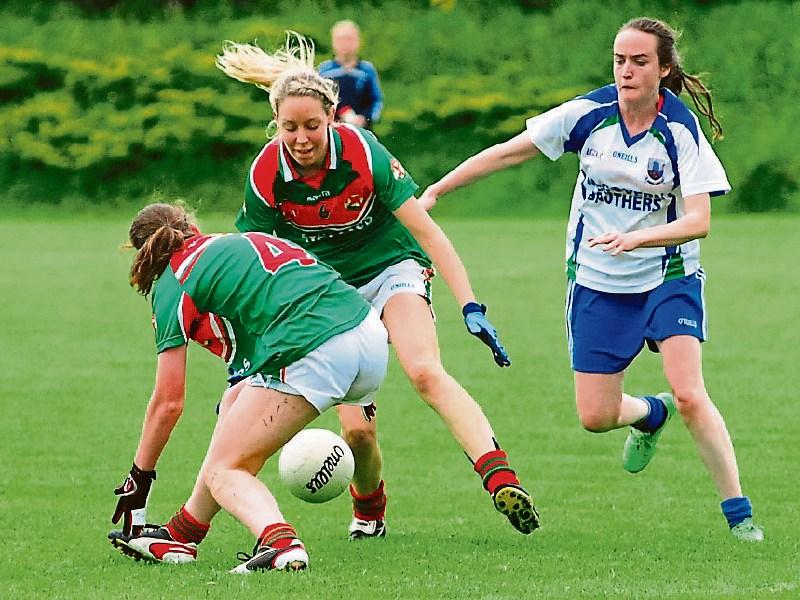 If we get half an entertaining game as we got in the group stages clash of these two teams, then next Sunday's Ladies Senior Championship Final between Kiltubrid and St. Joseph's may be the game of the year.

Leitrim Village hosts a Cox's Steakhouse Dromod Senior and Intermediate Championship Finals double header in what is an intriguing double bill that features Drumkeerin and Fenagh in the Intermediate Final.

The Senior Final is an intriguing prospect as the teams produced a thrilling 3-13 to 3-12 victory for St. Joseph's. Both were already qualified but both were determined to lay down a message.

Defending champions Kiltubrid reached the Connacht Senior Final last year and won an All-Ireland Sevens title and it is easy to see why as any team with forwards like Aine Tighe, Emma & Michelle Guckian is sure to pack a punch.

There may be an over-reliance on Aine Tighe for scores, she did score 2-5 in the group game, but that is understandable as the Leitrim captain can decide a game playing anywhere from midfield up.

Where Kiltubrid play Tighe will be interesting - the Heslin sisters are a wonderful midfield pairing with great athleticism and heart and are the bedrock of the St. Joseph's team but if one of them has to follow Tighe, will that detract from their ability to drive St. Joseph's forward.

And if you concentrate too much on Aine Tighe, then the two Guckians will do some real damage. St. Joseph's, however, will come in full of confidence having beaten Kiltubrid already this year.

Deirdre Moran is playing great football in attack while her sister Lorraine is also impressing in defence where the addition of Vanessa Gallogly and Grainne O'Malley add greatly to their solidity.

Where St. Joseph's will have genuine concerns is their failure to fully drive home their dominance as shooting accuracy often lets them down. They also saw Bronagh O'Rourke suffer a heavy knock last Saturday and they will need her in full flight.

The question for both teams is how they recover from the testing conditions last Saturday in the semi-finals and it appears the pitch in Leitrim Village held up better than the one in Cloone and that might play a part if the St. Joseph's players haven't recovered fully.

Kiltubrid may be champions but many in the Ladies game expected Dromahair to end their reign. Instead, Kiltubrid showed their new found resilience and experience to carve out a deserved win despite a lot of Dromahair pressure.

With only a point between the teams in the group stages, you can't definitively go for one team or the other but when you have a scoring threat like Aine Tighe, it is hard to look beyond the champions next Sunday.

l Sunday's Intermediate Final is no less interesting but the backdrop of a walkover in the semi-final for Fenagh does absolutely nothing to promote the Ladies game in Leitrim and you have to wonder how the game with Mohill couldn't have been rescheduled.

Drumkeerin overcame Oughteragh Gaels in a high scoring 6-11 to 7-4 semi-final last Saturday and the fact that they have a hard game behind them and have been marching through the grades suggest the title could be heading to north Leitrim.

Drumkeerin look to have the firepower in attack, 6-11 is a fantastic total but they may be worried about the concession of seven goals but with their experience , they should be celebrating on Sunday evening.