St. Joseph's prevail against Aughawillan and the weather 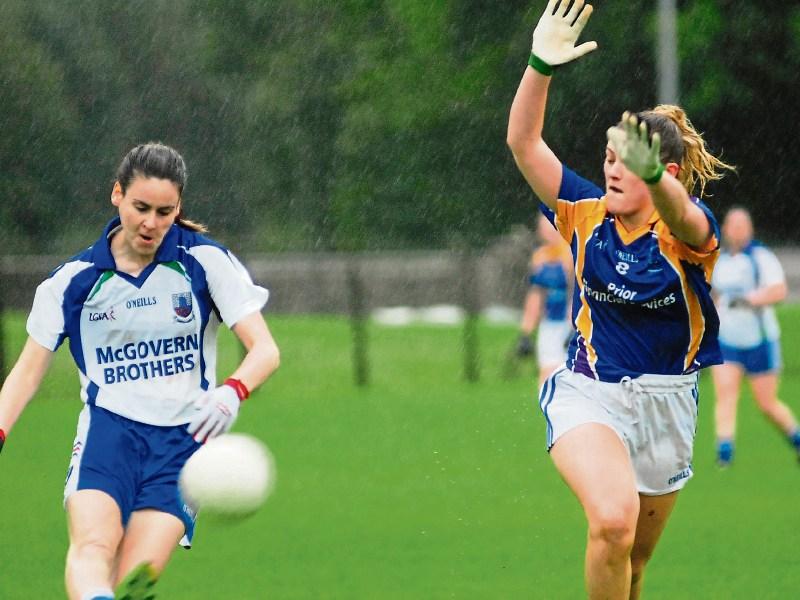 If enduring horrible conditions means anything, then both these teams deserve to be in the final but it was St. Joseph's who emerged victorious struggle after a titanic struggle in Cloone.

Trying to put words on what these players endured in the first half in Cloone last Saturday is almost impossible as a pitch in good conditions when the game started turned into a swamp where players did incredibly well to stay on their feet let alone play football.

The match should have been called off during that first half, not at halftime when a lengthy discussion took place between the officials and both team managements. But with the rain easing, finishing the match was the fairest thing to do for both teams after what they had already endured.

You can't praise the efforts of both teams highly enough but when it came down to it, a wasteful St. Joseph's were the better side and should have been much more comfortable at the final whistle.

Aughawillan failed to score during the second half but could still have rescued a victory in added time as they created a few great chances.

The question for St. Joseph's is how much this draining contest has taken out of them ahead of next Sunday's Final against Kiltubrid.

Aughawillan were obviously determined to start well as Carla Le Guen opened the scoring with a nice point under pressure inside the first minute, quickly followed by an Aileen Maguire that clipped the post before dropping over.

Aughawillan saw their start get even better when Caoimhe Gaffney's long range effort slipped through the hands of keeper Kiera Masterson, the wet ball skimming through her hands into the net.

Maguire would add a nice point on the break as Aughawillan broke up a St. Joseph’s attack to lead by 1-3 to no score after just three minutes. Incredibly, Aughawillan would score just once more before the final whistle.

St. Joseph’s had a few wides and Carmel McGovern saw a fisted effort hit the post and rebound off the keeper before Aine Heslin pointed after a well worked move on ten minutes.

Deirdre Moran fired over a free three minutes later while Aileen Maguire saw a free come off the post but drop wide. St. Joseph’s wides mounted with three misses before they dramatically got back into the game.

Michelle Heslin’s long free bounced off Carmel McGovern but showing great awareness and agility given the conditions, McGovern pulled sharply to send the ball back low to her left and to the corner of the net.

Bronagh O’Rourke played a good one-two to point to tie the scores but St. Joseph’s suffered two blows before halftime, the first a sin-bin for Louise Mollaghan. The second was very costly as a defender completely missed a long ball and Aileen Maguire was left with a simple finish to the net.

That left Aughawillan 2-3 to 1-3 ahead at the break but an O’Rourke free and a Michelle Heslin score on the run inside six minutes left just a point between the teams. Aine Heslin levelled with ten minutes gone but St. Joseph’s were thankful Kiera Masterson made a fantastic save to deny Le Guen who got onto the end of a long free behind the defence.

St. Joseph’s took the lead with an excellent Bronagh O’Rourke point as it was now Aughawillan who missed good chances with three wides before Shannon O’Rourke blazed over the bar from close range to put St. Joseph’s two clear.

Carmel McGovern shot wide when through on goal while Deirdre Moran saw a free hit the crossbar before Maeve Quinn made a good catch under pressure.

Aughawillan nearly got a goal when a long ball flew past Masterson who had raced off her line but the ball skimmed inches wide of a wide open goal. Aughawillan also saw Aisling Quinn hit the crossbar with a shot that could have sneaked in but it was St. Joseph’s who held out for victory.