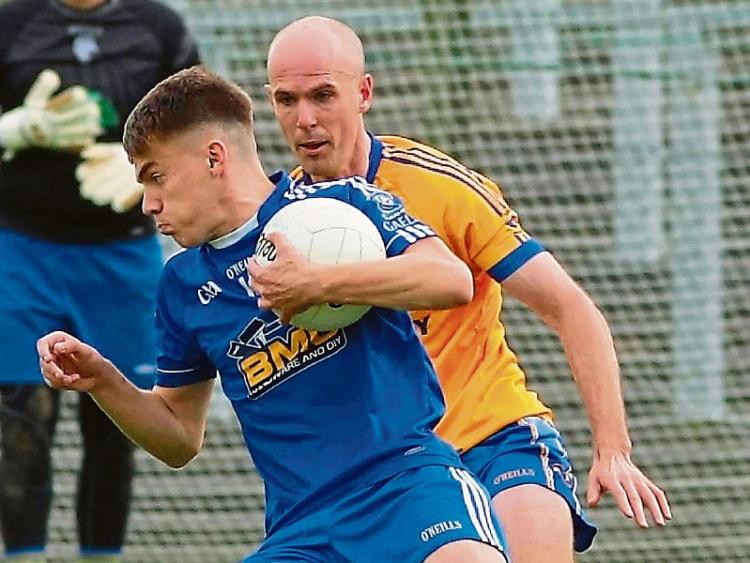 It might have seemed as if they were slipping but Glencar/Manorhamilton sent out a reminder last Sunday that they will have a big say in the destination of the Fenagh Cup this year.

The bland statement that the north Leitrim men recorded a six point win over favoured Melvin Gaels hides much of their control of this game as they taught a young Kinlough side, who struggled to deal with the occasion, a lesson.

The Gaels headed into the quarter-final justifiably confident of their form but once Glencar/Manor started to find their rhythm in attack, the movement of James Glancy, Evan Sweeney, Anthony McDonald and Conor Dolan in particular tore their best laid plans to shreds.

You could see the young Gaels struggling to cope with Manor's pace and vision while the outstanding duo of Thomas Coyle and Aaron Hickey negated Kinlough's expected advantage in the middle of the park and their defence was never truly troubled.

Certainly Manor looked back, or very near to, their very best and it will take a monumental effort to stop them.

Melvin Gaels will have their day in the future and Darragh Rooney is probably the best underage talent in the county but this game may yet be a valuable lesson for a team with the potential to make an impact in the years ahead.

Melvin Gaels opened the scoring with a Darragh Rooney free on two minutes but Conor Dolan replied two minutes later from a placed ball. Glencar/Manor’s long deliveries into the corner were paying dividends as James Glancy hit the target before Dolan was played into space and curled a lovely ball over the bar on 11 minutes.

A great block on Anthony McDonald prevented a certain score but James Glancy added his second of the half from the wing. And Glencar/Manor took a decisive grip on the game when a disputed sideline ball, taken by Aaron Hickey clearly over the line, was worked quickly to Conor Dolan who fired a precise shot to the far corner of the net.

Melvin Gaels were rattled as Conor Dolan took advantage of a turnover to point on 18 minutes, Evan Sweeney lucky to point after James Glancy lost the ball.

Manor were finding Dolan in space at will and he pointed again before Melvin Gaels had a mini-resurgance but missed a couple of good chances before Daragh Rooney scored a lovely point on the turn.

But Manor would have the last word in the half with Evan Sweeney scoring a massive effort that went over thanks to the woodwork while Aaron Hickey, on his second attempt, put a fifty over the bar to give Glencar/Manor a 1-9 to 0-2 halftime lead.

With the wind, Melvin Gaels pushed forward and two early scores from sub David McSharry, after good patient play, and a Darragh Rooney free after a foul on sub Stephen McGurran closed the gap.

Melvin Gaels had a let-off when Brian McDonald’s run cut open their defence but James Rooney drove his shot into the side netting with only the keeper to beat on seven minutes.

Daragh Rooney beat James Gilmartin before cutting in to point on 12 minutes but Melvin Gaels were wasting some good chances, Paul McGowan hitting a poor effort while Aaron Hickey hit a vital free midway through the half.

Melvin Gaels tried to close the gap but despite a Rooney free from 50 yards and a patient move that ended with the county minor pointing, the gap remained at six points with ten minutes left. Conor Dolan hooked a shot wide after an Aaron Hickey shot got caught up in the wind and dropped suddenly, hitting the post.

Glencar/Manor were using all their experience and Brian McDonald fisted over a point in the last minute of normal time, Melvin Gaels just managing a Darragh Rooney free in response with James Rooney, already booked, lucky to avoid a second card in added time.