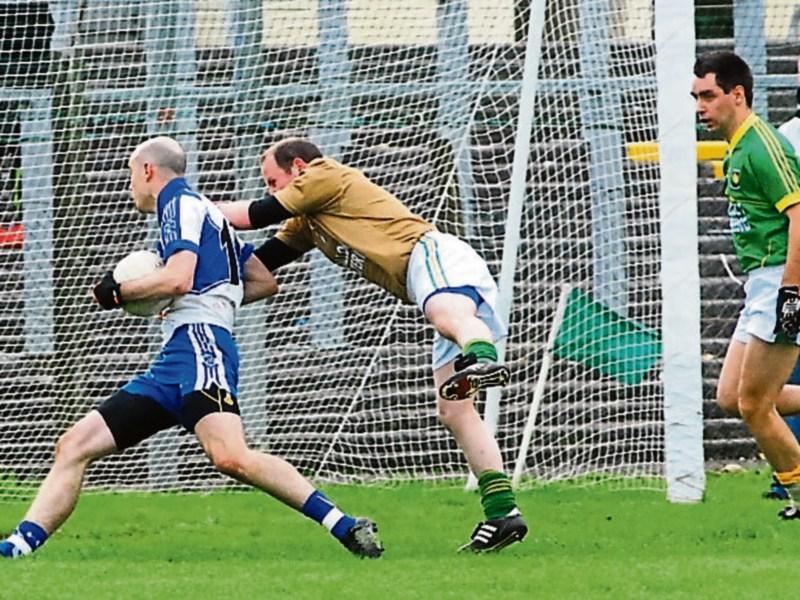 After an absorbing opening 30 minutes it was a lightening fast start to the second half that set St Mary's on their way to victory over Drumreilly in Pairc Sean Mac Diarmada on Saturday evening last and into the Senior Championship semi-final.

Ray Mulvey and Alan Doherty led the St Mary’s charge and a goal from each of them within nine minutes of the restart ultimately decided the outcome.

The final 20 minutes of the game proved to be a formality for St Mary's as the fight seemed to disappear from a Drumreilly team whose march to the quarter-finals has been one of the stories of this year's Senior Championship.

The opening half was fiercely competitive, with little to separate the sides, a contrast to how the game finished.

St Mary's opened the scoring when Alan Doherty found himself on the end of a fine diagonal pass from David Tiernan and applied the finish the move deserved.

Drumreilly wasted little time before they replied with Declan Maxwell and James Holohan combining to release Conor Gaffney who timed his run well to get in front of the St Mary's defence before slotting over his side's first point.

Ray Mulvey was beginning to exert his influence on proceedings and his tenth minute free saw St Mary's regain the lead. A minute later he gave a glimpse of the pace he possesses when he showed the Drumreilly defence a clean pair of heels before pointing.

St Mary's had goalkeeper Conor Glancy to thank when he made a fine save to deny Cormac Maguire and midway through the half, St Mary's extended their lead to three points when Mulvey converted a free after a foul on Conor McWeeney.

Drumreilly replied with two points of their own to bring themselves right back into contention. Cormac Maguire pointed after good work involving Nigel Maguire, Declan Maxwell and James Holohan and moments later, Conor Gaffney pointed after Donal McCabe's pass.

With 11 minutes of the half remaining, St Mary's re-established their two point lead from an Alan Doherty free. There was to be just one more point in the half, coming from a stunning Declan Maxwell free with the last kick of the half to leave the scoreline 0-5 to 0-4 in favour of St Mary's.

Six minutes after the restart, St Mary's pounced for the game's opening goal with Ray Mulvey finding the net after Daire Farrell's pass.

Three minutes later, it got even better for St Mary's when Robbie Lowe was fouled by Mick McGirl and the resulting penalty was dispatched by Alan Doherty.

Two points over the next eight minutes from Drumreilly's Maxwell and Raymond Fee were matched by Ray Mulvey as St Mary's led by ten with eight minutes remaining.

St Mary's looked in control and extended their lead with three unanswered points coming from Mulvey, Michael Corrigan and Doherty.

With a minute remaining, Drumreilly struck for a goal of their own but it never looked like it would be any more than a consolation score. Nigel Maguire lofted a dangerous free towards the St Mary's goal and Conor Gaffney got a vital touch to deflect the ball past Conor Glancy.

A Gaffney pointed free reduced the deficit to nine points but that was immediately cancelled out by a point from St Mary's substitute Mark McEvoy.

Drumreilly kept battling until the final minute of injury time with Conor Gaffney converting two late frees but they had no bearing on the final outcome.