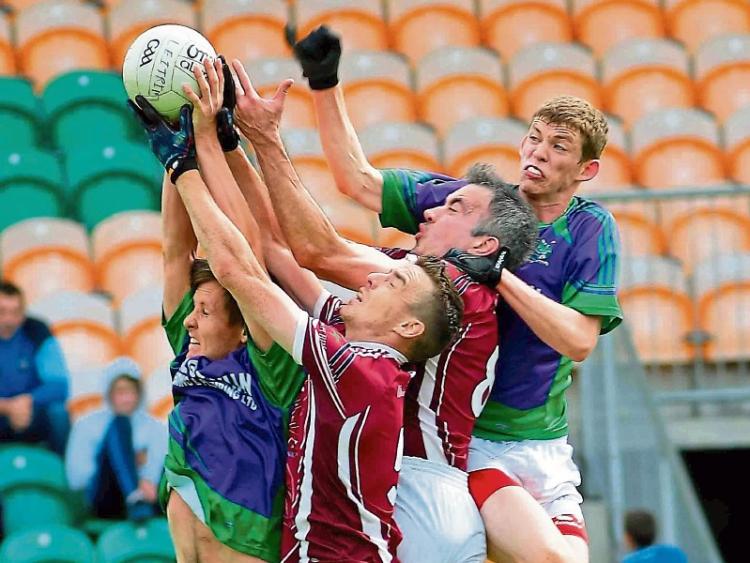 It is always hard to know who is happiest with a draw but Leitrim Gaels may feel the most disappointed after a hard fought draw with Drumkeerin last Sunday.

The Intermediate Quarter-Final in Pairc Sean Mac Diarmada was dominated by the gale force wind blowing down the pitch with both sides dominating one half but Leitrim Gaels appeared to have done enough against the wind to earn a place in the semi-finals.

It was the Gaels who had to fight back to earn a draw but it was a mis-firing and off-kilter Drumkeerin who missed the best chances to win the game late on as they missed some great chances to seal a win.

With Ballinaglera sure to be very observant viewers of next Saturday's replay, it is hard to tell who can draw most from this game. Drumkeerin never performed and relied on Cathal McCauley, who suffered an ankle injury early in the game, to stay in contention.

A physically more powerful Leitrim Gaels were suited to the c0nditions but it was more than that - the Gaels were better organised and looked as if they had a far better idea of what they were trying to achieve. And they created far better chances against the wind than Drumkeerin did in the first half.

The replay really is up for grabs but on the form shown last Sunday, Leitrim Gaels will be the most disappointed not to take the win.

Leitrim Gaels opened the scoring with a long ball into Conor Guckian who worked it back to David Bruen who popped over a lovely point.

However, Drumkeerin hit back with a great goal, James Gallagher surging through the centre before passing to Cathal McCauley who slid the ball past Leitrim Senior team keeper Brendan Flynn after less than two minutes.

But Leitrim Gaels were setting the tempo with the wind behind them and Aidan Flynn scored a wonderful free from a tight angle in the left corner on seven minutes before David Bruen levelled the scores with a lovely effort from 45 yards on 11 minutes.

Flynn swept over a great 50 yard point on 14 minutes before Colm Moreton made great use of the wind to send a huge 65 yard effort over the bar on 16 minutes. Moreton had a good chance go wide while another long ball almost caught out keeper Kevin Forde as it bounced out for a fifty.

Moreton added another long range effort after patient and impressive build up play but Drumkeerin ended their scoring drought with a huge Patrick McHugh score into the wind from the right wing.

But a Ricky Wynne free two minutes from the break gave Leitrim Gaels a deserved 0-7 to 1-1 halftime lead, even if it didn’t fully reflect their dominance. The Gaels made two changes at halftime and it was the Leitrim men who started well against the wind.

Unfortunately, they missed four good chances against the wind while they were dealt a blow when David Bruen received a black card for a late block on Jason Beirne but Jamie Langan hit a bad free.

Langan made amends with a huge point from play from the corner after the Gaels lost the ball on nine minutes. Leitrim Gaels sub Enda Moreton saw a good fisted effort caught on the line by Forde but two McCauley frees levelled the scores after 18 minutes.

Drumkeerin should have had a goal on 19 minutes when they broke through but Jamie Langan played a poor pass to Colm Clarke and the chance was lost but Clarke did find the target with nine minutes to go, using the wind to send a long range point over the bar.

Drumkeerin, however, didn’t push on and Ricky Wynne replied almost immediately from a free in what turned out to be the last score of the game after a poor pass from Drumkeerin keeper Kevin Forde put his defence under huge pressure.

Drumkeerin missed a chance through McCauley and then lost Tommy Rogan to a black card for taking out David Regan off the ball while Aidan Flynn fisted a ball across the goal, the wind keeping the ball from crossing the bar.

Flynn was then very fortunate to see just yellow for a very high challenge on Ciaran White and it was Drumkeerin who were cursing their inaccuracy in added time as Jamie Langan dropped a free short while a high ball into Colm Clarke saw him robbed on the edge of the square, the ball going to sub Gerome Maguire but he hit his shot across the face of the goal and wide.