Drumkeerin into semi-finals after Clarke saves their bacon 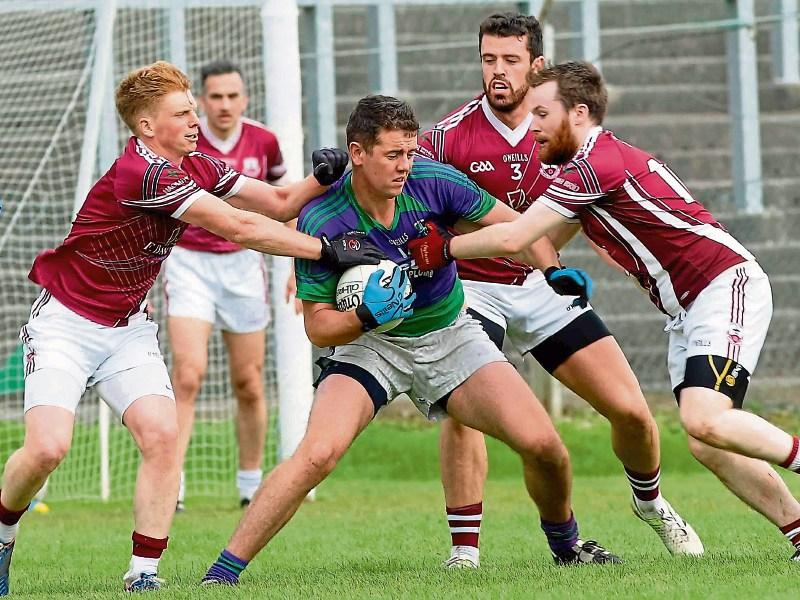 Drumkeerin set up a meeting with neighbours Ballinaglera in the semi-finals after they first rescued an unlikely draw and then again held off a Leitrim Gaels team who scored a third goal and refused to lie down in Pairc Naomh Mhuire.

In a game that took it’s time to come to the boil, a lacklustre first half only came to life through an unfortunate own-goal for Drumkeerin’s long serving midfielder Ciaran White but the north Leitrim men looked on the road to victory when Cathal McCauley converted a second half penalty.

But another dramatic goal, bundled home by Conor Guckian, put a Leitrim Gaels team who seemed to be heading for defeat on the cusp of a semi-final appearance only for Clarke to come up with a match saving goal.

The goal came with controversy as Leitrim Gaels bitterly contested the awarding of a sideline ball with linesman Enda Egan holding his flag aloft as the ball went towards the Gaels goal. Even as Drumkeerin celebrated, the flag stayed flying but with the Gaels protesting, referee Mick McGirl consulted with Egan and the goal stood.

Drumkeerin dominated the first half of extra time but a third Leitrim Gaels goal from an Aidan Flynn penalty levelled the scores midway through the second period.

But it was Drumkeerin who finished strongest with Cathal McCauley firing over two great points to win the game.

See next Wednesday’s Leitrim Observer for a full report