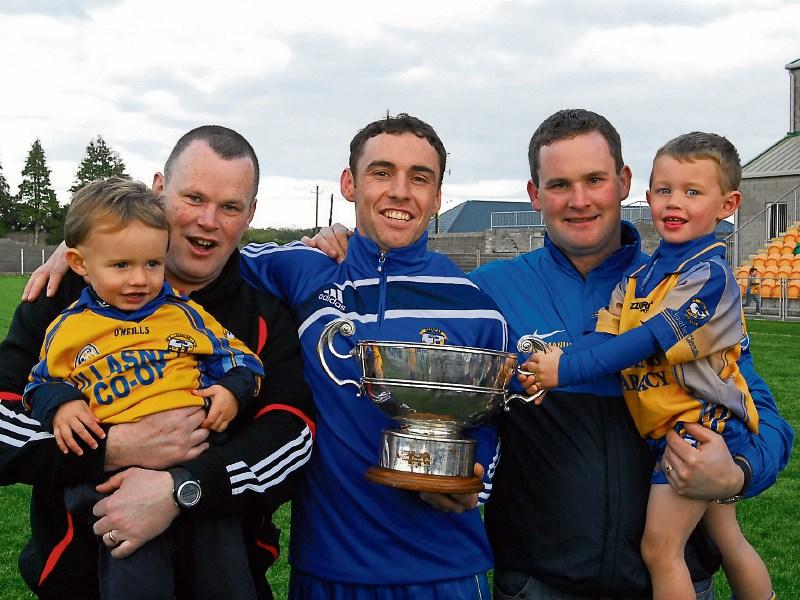 Mark Rooney was one of those people who made a lasting impression on everyone he met during his too-short life.

Hopefully their grief and pain will be lessened in some way in the knowledge that Mark has certainly left his footprints in the sands of time.

As a very young boy, Mark was already noted for his prowess in sport, being one of the stars of Glencar/Manorhamilton teams all through his juvenile years and then going on to represent the club with great distinction at adult level. His footballing ability was recognised at county level also and he represented Leitrim with great pride at U16, Minor and U21, always giving of his best in training, team preparation and on the field of play.

His skills were very much honed on the same style as those of his uncles, Micheál & James Kearins, both of whom were on the Sligo team that won the county's second ever Connacht Senior Championship in 1975, with Micheál also being a GAA All Star.

Mark, of course, also developed his footballing talents while practicing and playing impromptu games around his home in Glencar with his older brother, Aidan, who was the sharpshooter on the Leitrim Connacht Championship team of 1994, as well as participating to the full in the training sessions with his club.

It was little wonder that Mark would show complete loyalty to the saffron and royal blue, as his late father, Frank, was one of the bed-rocks of Glencar/Manorhamilton, serving as Chairman for a number of years, as well as team selector, a role he also held with the Leitrim Minor team that won the Connacht Championship title in 1998.

Mark made his own impression on club affairs, not only as a dedicated and loyal member, but also in his example of team spirit and loyalty and was immensely proud to have won the Leitrim U21 Championship with Glenmanor Gaels, the Leitrim Senior Championship in 2009 as a player and selector, but pride of place for Mark was winning the County Championship of 1999, playing in the forward line, alongside his brother Aidan, who is the current manager of the Glencar/ Manorhamilton team preparing for the county senior semi-final. Mark's spirit will surely be very much with the players in their efforts.

Gaelic football, of course, was just one of Mark's sporting abilities, as he was a very skilled soccer player and spent time with Sligo Rovers, another team very close to his heart. As a golfer, Mark again displayed his remarkable prowess as a member of the Rosses Point Golf Club, holding a very low handicap and being a constant on the club's side in inter-club, provincial and national competitions.

His sporting life was but one reason that Mark was held in such high esteem. He was most of all a family man, a loving husband and father, a devoted son and brother, extremely highly regarded and much loved by his very wide family circle and many friends. His warm, affectionate and bubbly personality endeared him to all who had the privilege of knowing him. He has touched many lives, not least in the dignified and brave manner in which he coped with his serious illness.

It is with great sadness we heard of the passing of Mark Rooney yesterday after a prolonged period of illness. Mark was a true gentleman and a giant of a man on the football field. Mark played in our Manor Astro seven a side league and always added to the games. Our prayers and thoughts are with Marks family at this sad time. We are dedicating Sunday's Senior win in the FAI Junior Cup to Marks memory. RIP.

It is with deep sadness and regret that we send our condolences to Natalie Rooney and the boys on the death of a great husband & father Mark Rooney RIP. Mark was a great player and indeed all round sportsman and always gave 100% on the pitch and in life. To the Rooney & Fagan families, relations & friends, we, on behalf of the management & clubs of the Sligo Leitrim DSL, express our deepest sympathy at this time.