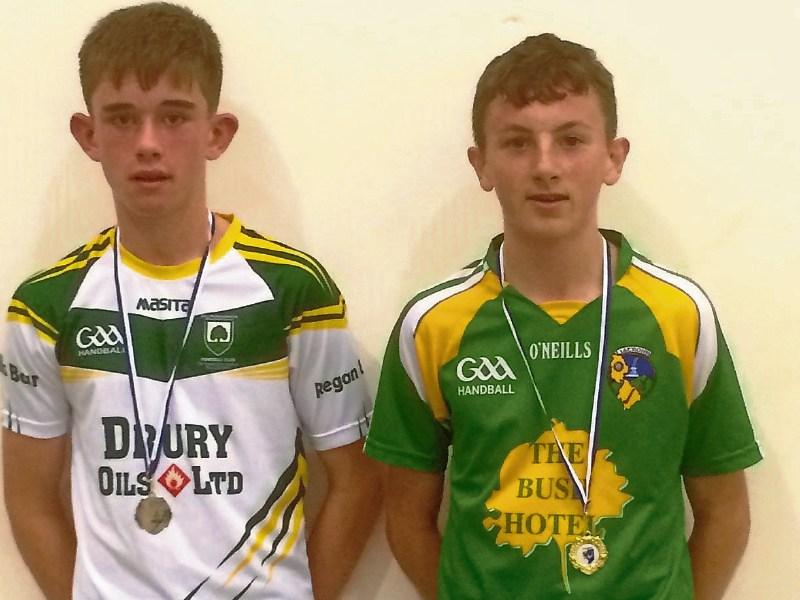 Cormac Scollan secured his first Connacht 60x30 title with a stunning performance in a top quality final played in Roscommon on Saturday, where he overcame Sligo's Conor Finn.

Cormac won 10-15, 15-9, 15-3 in a match that was played at a high tempo with a demonstration of all the skills of handball. In the first game, Finn got off to a strong start with a serve that the Fenagh lad found hard to deal with and went on to win the game 15-10.

The second game was a must win one for Scollan and with a combination of good serving and passing shots, he won some key rallies and took the game 15-9.

With the momentum from the second game with him Scollan made maximum use of his dominance and gave a top class display of serve and kill shots and went on to take the game 15-3.

Cormac will face Ulster opposition in his first All-Ireland semi-final on October 2 in a Connacht venue.