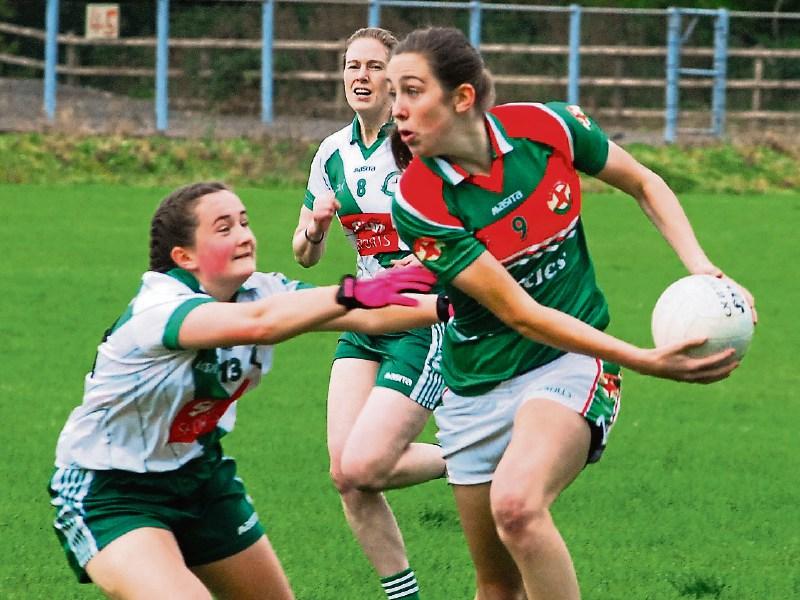 It is a prize that nobody relishes - facing Cora Staunton’s Carnacon in the Connacht Final but Kiltubrid Ladies manager Adrian McKeon is delighted to be flying the flag for Leitrim.

Fresh from an exhilarating victory over Roscommon’s Kilbride, Kiltubrid Ladies will head in force to take on the might of Carnacon, the three time All-Ireland winners, in Fr O’Hara Park in Charlestown next Sunday at 12.30pm.

And while facing Carnacon is the equivalent of taking on Diarmuid Connolly’s St. Vincent's, Adrian is relishing the challenge - no matter how daunting.

“We’re delighted to be there, representing Leitrim,” Adrian told the Observer, “We know there is a huge task ahead of us, Carnacon are one of the best teams in the country. “They are a class act and they are used to playing in Connacht Finals and All-Ireland Finals, we know they are a huge step up from what we are used to.”

Facing Cora Staunton, who scored 5-15 in the 11-20 to 0-7 victory over Moy Davitts in the Mayo County Final, is not for the faint hearted but Adrian says Kiltubrid won’t be too focused on one player - “We won’t focus on Cora Staunton, we set up a defensive system to protect our goals the way we do in every other game.

“Obviously, we are aware that she is a fabulous player and has a great legacy in the game but we need to focus on what we do best and try to get the best performance on the day and see where that takes us.”

Certainly Kiltubrid haven’t lacked for ambition this year as a refined defensive system has seen them become harder to beat and reaching two Connacht Senior Club Finals in a row is an achievement unmatched in Leitrim history.

So Adrian naturally agrees it is a great achievement to retain the title and get back to the Provincial decider - “We put a lot of work into winning two titles in a row. It is harder the second year because everyone is out to knock the champions off their perch.

“And I think we have improved in all areas of the field. I was saying to the girls the other night at training that if you read the match reports of the Kiltubrid games, a lot of them refer to the fact that our opponents kick a lot of wides.

“But the reason they kick a lot of wides, we make them kick from positions they don’t want to kick from and we put them under a lot of pressure when they are kicking so it is no coincidence.

“The Connacht Final last year was a great experience, just to be playing at that higher pace. We won’t be surprised this time when we come out and feel the pace of the game and we will be expecting that.”

“But we’re kind of hoping that the experience of the Final last year will stand to us, that we would be a little bit better prepared this year than we were last year. What we really want to do is give it our best performance and see where that takes us.

Leitrim teams have suffered some heavy beatings in recent years in Provincial competitions but Adrian rejects any suggestion that the Leitrim, Roscommon and Sligo Senior champions be diverted into the Intermediate championship - “It will be a huge leap from us to Carnacon and Kilkeerin Clonberne but all we can do is do our best.

“Some people are saying that there should be an Intermediate Championship for the Leitrim, Roscommon and Sligo Champions but if you go that route, you are not going to improve, you have to play the likes of Carnacon or Kilkeerin to improve yourself.

“We’re lucky enough to be in that position for the second year in a row and it is up to us to improve ourselves.”

Neither is Adrian worried about the early timing of the game next Sunday - “It is not too often you are in a Connacht Final and if it was at half 12 at night, you’d be there but we’re happy enough to be there, we don’t care where or when it is.”