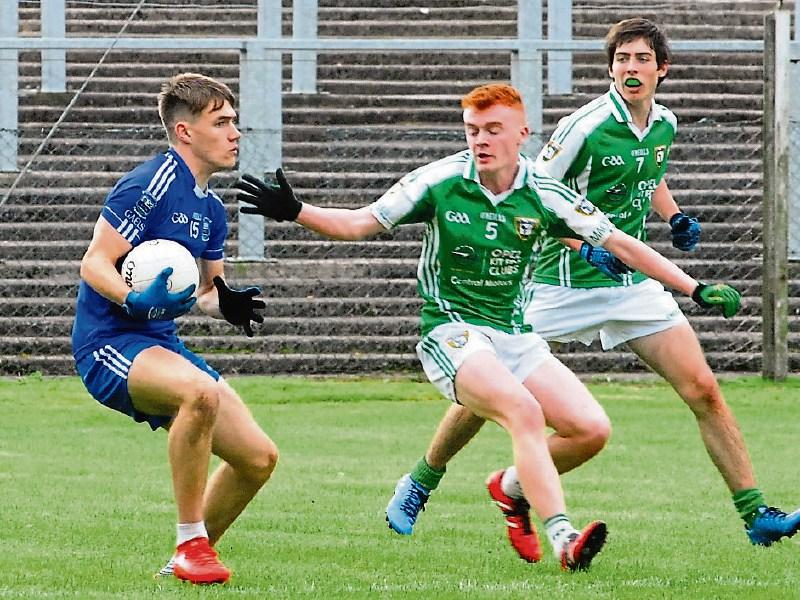 If the replay is only half as good as drawn Minor A Championship Final, then fans are in for a real treat next Saturday in Pairc Sean Mac Diarmada.

The second meeting of Melvin Gaels and St. Manchan's promises another exciting encounter and anyone lucky enough to witness the drama and thrills of the drawn game will be only too pleased to see a second installment.

With Darragh Rooney for Melvin Gaels and Mohill duo Fiachra McGuinness & Jordan Reynolds earning the plaudits, the replay is another chance to see some of Leitrim's most talented young footballers excel on the big stage.

Both teams will approach the replay full of confidence and on a high as St. Manchan’s manager Matt Gaffey remarked “I think both teams deserve another opportunity to fight another day. We know we are going to up for a big battle in the replay and it is a great advertisement for Leitrim football among the young people.

“The drawn game was played in a tremendous sporting spirit, no quarter asked or given and everyone gave it everything they had.”

Melvin Gaels manager Gareth Foley admitted his team were disappointed but they would pick themselves up - “Lads are disappointed, we felt we didn’t perform, it feels more like a defeat than a draw but we will be right for the next day and I’d like to think the players would make any many mistakes in possession and be more comfortable on the ball.”

The former Leitrim star paid tribute to the form shown by St. Manchan’s - “They did such a good job on Darragh Rooney, they had their homework done and that was the difference in the game. We’re still not chipping in enough scores off Darragh.

“Young Harkin had a fantastic game today and it was nice to see such talented young footballers coming forward and they are good to be stars in the future. Young Rooney is a class act, the Harkins are great, there were great footballers on show there and it is very positive for Leitrim football going forward.

“It took us a long time to get into the game, we wouldn’t be happy at all, we can play much better than that.”

With both managements adopting a footballing philosophy, we can expect a repeat of the drawn game as Gareth Foley puts it “We try to get these lads is comfortable and composure with the football, no need to get excited. I like that way of playing football, I like to see young lads comfortable on the football.”

And in fairness, any team coached by Matt Gaffey has always adopted a footballing first approach and this current Manchan’s team put a scare in the semi-final against Leitrim Gaels well and truly behind them in the drawn game.

It wasn’t that the Mohill, Eslin & Cloone men got a good start and hung on for dear life. They did start well but they also came back from the dead in the second half when Melvin Gaels threatened to take the title. McGuinness & Reynolds need a bit more help in the scoring stakes while Darragh Rooney definitely does for Melvin Gaels as he scored 1-10 out of 1-14 for the Kinlough crew.

Having said that, Rooney scored that remarkable total while being watched by two county minors in David Mitchell and Evan Harkin and much of the verdict next Sunday will rest on who exerts the greatest influence.

The key for Saturday is who learns most from the drawn game. Melvin Gaels felt they didn't perform at all and for long periods they didn't. Manchan's know they are capable of halting the Gaels and they can look to their replay victory last year for inspiration.

Expect another close one and hopefully as good a game. It will go down to the wire but Melvin Gaels have the most room to improve. Gaels to win.