In Bed with the Nestor Cup - A Leitrim tale from "Blood, Sweat, Triumphs and Tears: Tales from the GAA" 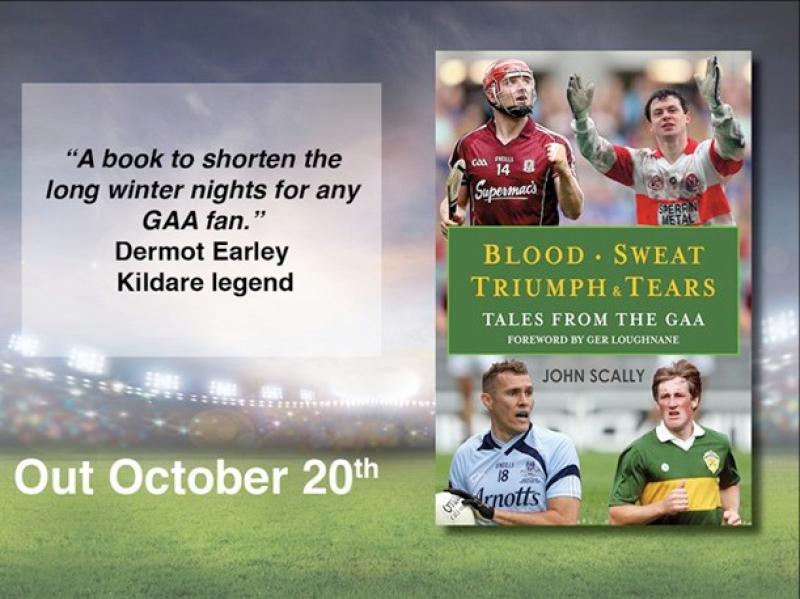 Gaelic football needs every nostalgic prop it can muster and when many of the controversies of today are forgotten, the powerful grip Leitrim’s Connacht final triumph in 1994 exerted on the popular imagination will never vanish.

He recalls that in his radio commentary Micheál O’Muircheartaigh said it was easy to imagine the Leitrim fans that had gone on to their eternal reward leaning over the banisters in heaven watching the drama unfold. The images leaned against their thoughts until they could no longer resist giving themselves up to their embrace.

1994 was a never to be forgotten year for Leitrim. Their nearest neighbours had to be dealt with first.

‘Roscommon had been the biggest bogey team for us. We had great battles with them in previous years but no matter what we threw at them they always seemed to have the upper hand. That Spring though we relegated Roscommon from our division in the National League in Carrick-on-Shannon. We knew then we could beat them and we did in the Connacht Championship. In previous years we should have beat them but that year they should have beat us. We went on to take Mayo in the Connacht final. Although we made a dreadful start we had great belief and that was in large measure due to our manager John O’Mahony.’

One of the iconic images of the year was Declan Darcy, as captain of the Connacht champions, holding the Nestor Cup with Tom Gannon who captained Leitrim to their only previous Connacht title in 1927. That was the start of an unforgettable adventure for Darcy as he explained to Scally:

‘I stayed in the Bush Hotel in Carrick the night after the game. The next morning the receptionist apologetically rang me and said she was being hounded by somebody who wanted to speak with me on the phone. I asked: “Who is it?”

I thought somebody was winding me up but sure enough it was Pat who came on the line and asked: “Where are you?”

“With the Nestor Cup.”

‘After the interview I went out on the main street and was surprised at how quiet it was. I had expected a bit of a buzz. I went across the road to the pub and when I opened the door it was like a night-club. The place was jammed and hyper and it was only 10.30 in the morning and Shannonside radio were broadcasting live in the corner.

‘My abiding memory of the whole thing came that day in Ballinamore. When my father was asked where he was from he had always said, “West of the Shannon” rather than Leitrim. We did a tour of the county and it was very special. All the players went to their own clubs.

'The emotion was unbelievable but as someone who grew up in Dublin 4 I didn’t have that local base. I found myself on the stage in Ballinamore not sure what to do when my father ran on, grabbed the cup and threw it in the air like a mad lunatic. It was raw and real. It was about passion and pride. It meant so much to him. It is an unbelievable memory that will stay with me forever.’

Although Leitrim were not to reach those dizzy heights again, they did find themselves in the headlines once more as Declan Darcy recalls.

‘We were playing Mayo on a live game for RTE and a melee broke out and the Mayo manager John Maughan came running into the pitch in his shorts. He passed a comment to Gerry Flanagan and Gerry floored him. In our view Maughan definitely deserved it but it’s probably not the thing to do on live tv. Pat Spillane and the pundits were outraged but it did Flanagan’s reputation no harm in Leitrim.’

"Blood, Sweat, Triumphs and Tears: Tales from the GAA" is on sale from October 20, at all good bookshops.