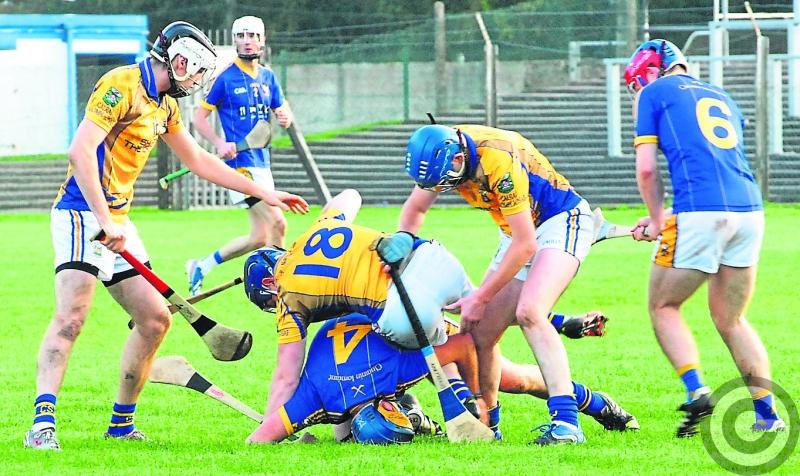 Leitrim hurling champions Cluainin Iomaint bowed out of the Connacht Junior Championship yesterday afternoon when they were defeated by Sligo champions Calry St Joseph's on a scoreline of 4-6 to 2-7.

The final day of October produced perfect weather conditions and it was Cluainin who settled to the task quickest as they enjoyed a 0-3 to 0-1 lead midway through the opening half.

However, Calry replied with two goals before the end of the half as they enjoyed a 2-3 to 0-4 interval lead.

Cluainin started the second half well but two further Clary goals, scored by Kevin Gilmartin and David Keown put the Sligo side in control.

To their credit Cluainin refused to throw in the towel and goals from Patrick Clancy and James Rooney meant helped bridge the gap to just four points as the game approached injury time.

However, that was as close as they were able to get to their opponents and it is Calry who advance to the Connacht Final.