Goals key for Drumkeerin in U16 victory 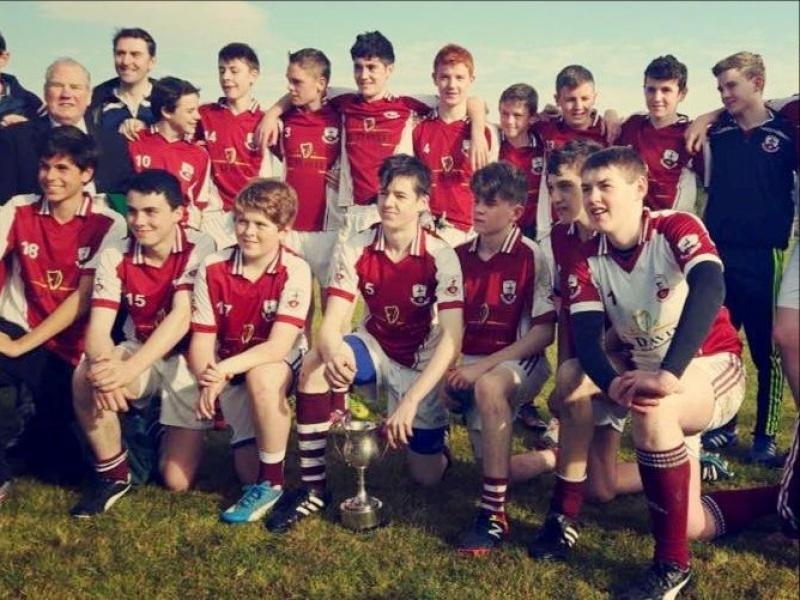 Drumkeerin players pictured with the Cup

Three early second half goals was the winning formula as Drumkeerin won the Leitrim U16 Championship 11-a-side on Saturday last when they beat Kiltubrid in the final on a sunny morning in Leitrim Gaels pitch.

Drumkeerin dominated the early stages and opened the scoring on two minutes when Francis Davitt  scored from a free. Kiltubrid’s first score came on six minutes with a good point from Barry McWeeney and Drumkeerin were dealt a blow on 10  minutes when Ross Harrison was black carded for a trip.

Darragh Fallon came on for Drumkeerin as Kiltubrid extended their lead with another free from  Barry McWeeney but Drumkeerin drew level on 14 minutes with a good point from Davitt.

The accurate Davitt repeated the feat two minutes later to put Drumkeerin two up but Barry McWeeney reduced the lead to a point on the stroke of halftime when he pointed following a foul on himself to leave the score at 0-5 to 0-4.

Drumkeerin got the best possible start after the break when James Carrigan goal after a great pass from David Feeney. Kiltubrid responded with a great Barry McWeeney point.

But Drumkeerin wrapped up the game in the space of four minutes with a goal from Feeney and a great strike on the volley from Carrigan to put Drumkeerin eight points clear.

Kiltubrid responded with two Barry McWeeney frees and he then found the net to reduce the gap to four points.

Alan Gallagher and Gary Beirne swapped points before Drumkeerin extended their lead with points from Daniel Maguire and Davitt but Kiltubrid never gave up and scored two points from play from Gary Beirne & Barry McWeeney .

Kiltubrid kept looking for goals but great defending and good saves from keeper Ciaran Daly kept them at bay although Kiltubrid did manage a point from a Gary Beirne 45 on the stroke of full  time,