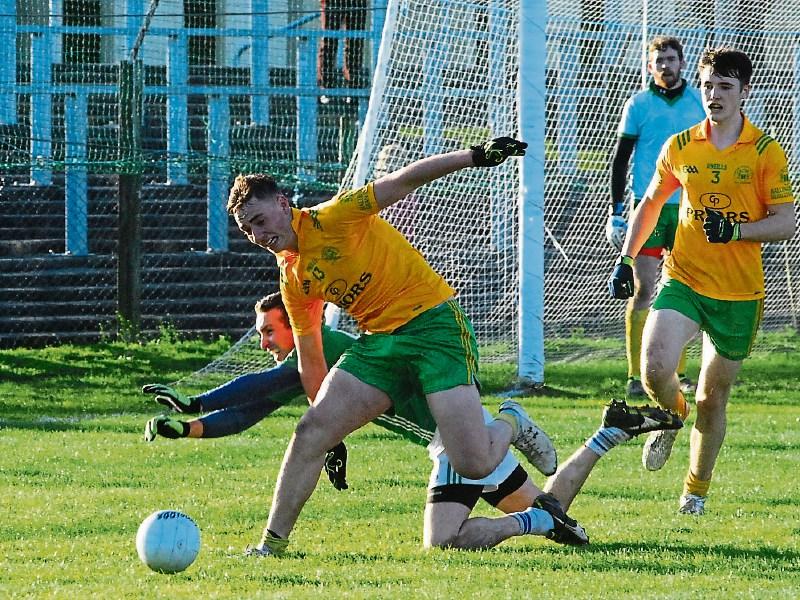 As Annaduff face life in Division 2 in 2017, Leitrim GAA is facing into a fixture log-jam in the coming weeks which could see the club season extend into late December.

Annaduff lost the winner takes all battle with St. Patrick’s Dromahair last Sunday, 1-8 to 1-5, as an understrength side couldn’t match the north Leitrim men who secured their Division One status for next year.

The result means that both promoted teams from last year, Leitrim Gaels and Annaduff, go straight back down with Fenagh St. Caillin’s and Drumkeerin, who contest the Division 2 Final next Sunday, replacing them.

Leitrim Gaels, however, left the Division on something of a high with their first win of the campaign against their fellow parishioners St. Mary’s Kiltoghert, a 2-11 to 2-7 win that was more comprehensive than the scoreline suggests.

St. Mary’s pulled back a penalty but the Gaels, who will start next year’s Intermediate championship among the favourites, will have local bragging rights with their first ever victory over St. Mary’s first string team.

With both Aughawillan and Sean O’Heslin’s not in action, Glencar/Manor and Allen Gaels confirmed their places in the top four by contrasting means. Mohill received a walkover when Aughnasheelin conceded the game.

Glencar/Manor, who would have missed out on the head to head rule had Allen Gaels beaten them, made sure there was no danger of that as they demolished a weakened Drumshanbo side 3-18 to 0-6 despite an injury to Niall Brady.

Gortletteragh, who had been in danger of relegation midway through the campaign, finished off with a 0-11 to 0-9 win over Melvin Gaels to complete the League campaign.

As it stands, the semi-finalists are decided but not the finishing order. Aughawillan and Sean O'Heslin's are level on 16 points and victory will see the winners face Glencar/ Manorhamilton with the losers taking on Mohill.

However, the final game cannot take place before the weekend of November 26/27, at the earliest with Ballinamore preparing for their Connacht Club Final a week previously.

Should Aughawillan beat St. Brigid's, that game will go back at least another week with the Connacht Senior Club Final on November 27. And with the final round of games, it means the earliest the League Final can be held is the weekend of December 11.

The log-jam highlights a short-term decision of clubs to introduce League semi-finals for Division One and Two, a strange decision given the fact that there were so many walkovers and concessions during the year.

Another complication is that it is believed that the U21 A Championship Final will be refixed after a successful appeal from Fenagh Gortletteragh after they failed to field earlier this year.

In other club action, Melvin Gaels were denied a place in the Connacht Minor Club A Final when St. Brigid's Roscommon scored a match winning goal deep into added time last Friday in the Connacht GAA Centre of Excellence, losing out 2-9 to 1-11.

Sean O'Heslin's conceded a walkover in the Minor B Club Semi-Final due to the clash with their Intermediate Semi-Final last Friday.