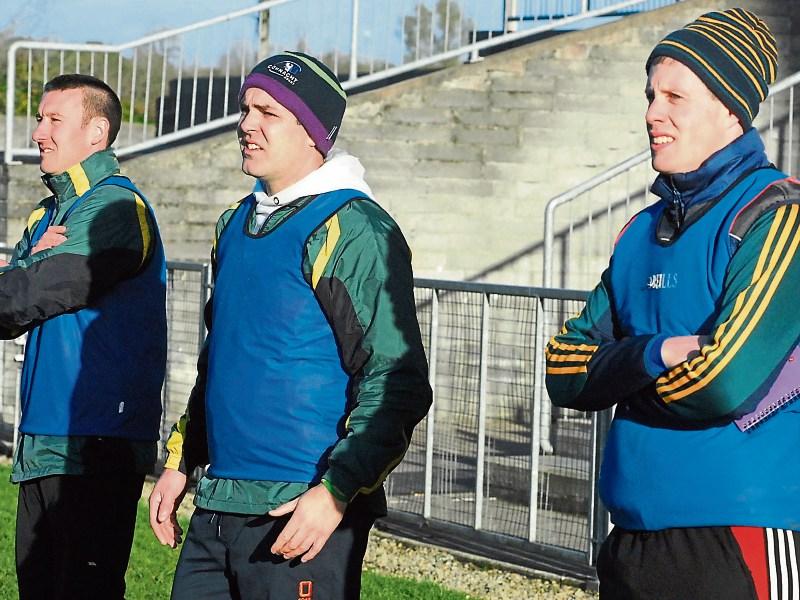 Underdogs they may be but Ballinamore Sean O’Heslin’s are hoping that their magical journey in 2016 will continue into the New Year as they take on a highly fancied Westport next Sunday.

Manager Paul Prior captures the mood in the camp as O’Heslin’s attempt to become the first Leitrim club to win a Provincial title in the AIB Connacht Intermediate Club Championship Final in Pairc Sean Mac Diarmada (2.00 throw-in).

And it has been a very busy few days for the Ballinamore man after he and his wife Michelle welcomed a new addition to the family when baby Anna arrived last Thursday, making it a very hectic time for the Prior family.

Westport, with footballer of the year Lee Keegan in their ranks, are raging hot favourites but Paul happily says “It has been a great year so far and we are definitely looking forward to next Sunday.

Their underdogs status has been enthusiastically embraced by Ballinamore - “We’ll be underdogs again surely, we will take that no problem. It is a nice way to go in. At this stage, I can definitely say that we have nothing to lose but the lads have nothing to prove either.

Playing without pressure is key according to the manager as O’Heslin’s upped their game considerably in the victory over St. Molaise Gaels - “It was great to see them playing with no pressure and it was definitely a change from the Drumkeerin game when they were under a lot of pressure.

“That was more the real Ballinamore the last day than what we seen before, it was more back to the League form going back through the Summer.”

But Ballinamore are far from underestimating Westport - “There is a lot of similarities there and they are a young team, same as ourselves. Hopefully that might start to work a bit, you might see a bit of pressure going into a Connacht Final on those young Westport players when they are hot favourites.”

Even the absence of County players Shane Moran & Mattie Murphy has been turned to an advantage - “Every fellow has stepped up and I’d say Shane & Mattie are getting worried about how they are going to fit into the team next year.

“It is great for players to show that they can improve and can do it without big team members and leaders. I think it is great for the future experience wise.”

The excitement of a Connacht Final is huge but Paul stresses that the emphasis is very much on performing - “It hasn’t been difficult keeping the hype down, they are just excited and are looking forward to another big game. We’ve had no time to look back or even think about the previous game so we are always looking ahead to the game ahead.”

As for a prediction, Paul says “We are going to be the big underdogs but we will have to try and use that to our advantage. It is a lovely way to go in and we’d be quietly confident.

“We haven’t looked back on anything that has happened this year, we keep looking forward and if the lads keep an open mind and keep believing in themselves, they don’t want this season to end and long may it continue.”

While Westport are using the line that every match is a bonus once they won their County title, that is also true for Sean O'Heslin's. Both teams are young sides, the oldest player in the Westport ranks is 27-year-old Lee Keegan but they have a host of quality footballers who are playing at a very high standard in Mayo.

Ballinamore will need to play with the freedom and adventure they showed in the semi-final but they need to be wary as Westport are unlikely to miss the chances that St. Molaise Gaels did.

O'Heslin's will have to counter the influence of Keegan without losing their own attacking impetus but they need to remember that Keegan hasn't really caught fire for Westport so far this year.

The Mayo men haven't dominated games but they know how to win tight games. They have had a tough schedule and Ballinamore will hope they can take advantage of weary legs in the Westport ranks.

Westport are rightly favourites but if Ballinamore can stay with them and pressure them, perhaps the fairytale can roll on to a Connacht club title.