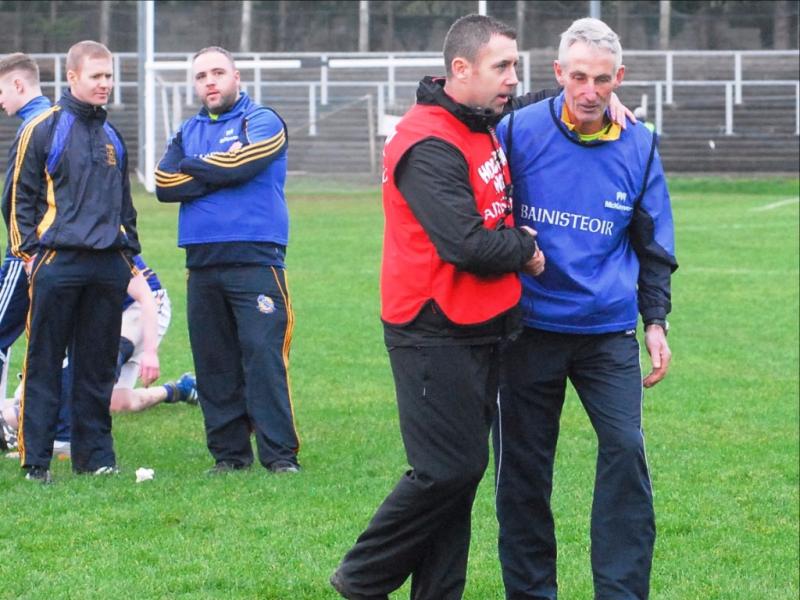 He might not want to commit any answers about 2017 but manager Tommy McCormack was a happy man when he reflected back on his first year in charge of new County Champions Aughawillan.

Asked about whether he would be back with Aughawillan next year, the Killoe clubman said “Next year is a long time, we won’t talk about that now” but was more expansive when discussing the coming weeks as Aughawillan look to complete a League and championship double.

Looking back on the year, Tommy was happy with how Aughawillan’s players had bought into his system - “We try to play a system to try and compensate for lack of ability if you are short a particular player on the day. You play a system to accommodate that.

“You’d hope you can bring a particular type of game, it is relatively new to the boys, the shorter game and maybe the work ethic we brought to it.

“They are great young lads, they embraced it reasonably good and as the year went on, they seemed to catch onto it that little bit better. There were passages of football other there today that they played very well in.”

Tommy used the example of Sean Flanagan, switched into full-forward for the second half last Sunday, to illustrate the point - “Sean has a good pair of hands and he packs a good wallop of a shot. It was trying to eliminate risk because every time you pass the ball, the risk factor was higher.

“So if you were able to eliminate two or three passes in the middle third and just get it direct into where it hurts in around the goal area, we were hoping that Sean would be able to accomplish something for us in there.”