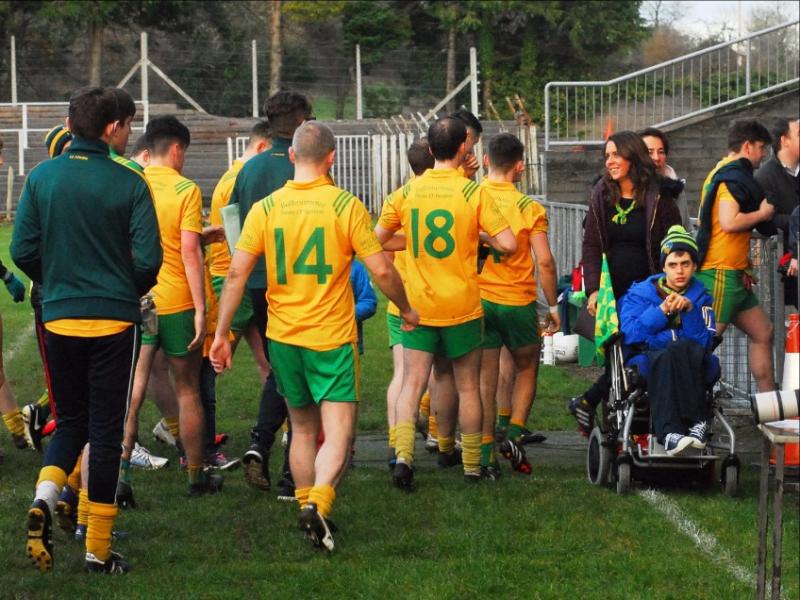 Ballinamore Sean O’Heslin’s may have suffered a major disappointment in Sunday’s AIB Connacht Intermediate Club  Championship Final but they are already plotting a push for another major title in 2016.

The Ballinamore men have raised their profile considerably after their Connacht exploits despite the 1-9 to 0-7 loss to Westport on Sunday in Pairc Sean Mac Diarmada. And manager Paul Prior is determined that his O’Heslin’s players test them against the very best the county has to offer.

And Sean O’Heslin’s manager Paul Prior admits it is a great opportunity for his young team to test themselves against the county’s best teams - “It will be a nice way to test ourselves and that is the way we have to look at it, we can’t let today get us down too much because we had a brilliant year so far and hopefully, we will push on and compete for another big of silverware.”

And Paul paid tribute to his team’s resilience in the face of Westport’s onslaught - “With a young side, we could have collapsed but it just shows the kind of character there is within the squad that they didn’t collapse.

“The fact that we fought hard and had lots of possession right there to be the very end and had a couple of goal chances, it just shows the character that is there. Hopefully, it will stand to them in the future and hopefully, we will get a few boys back next year that will give us another lift.”