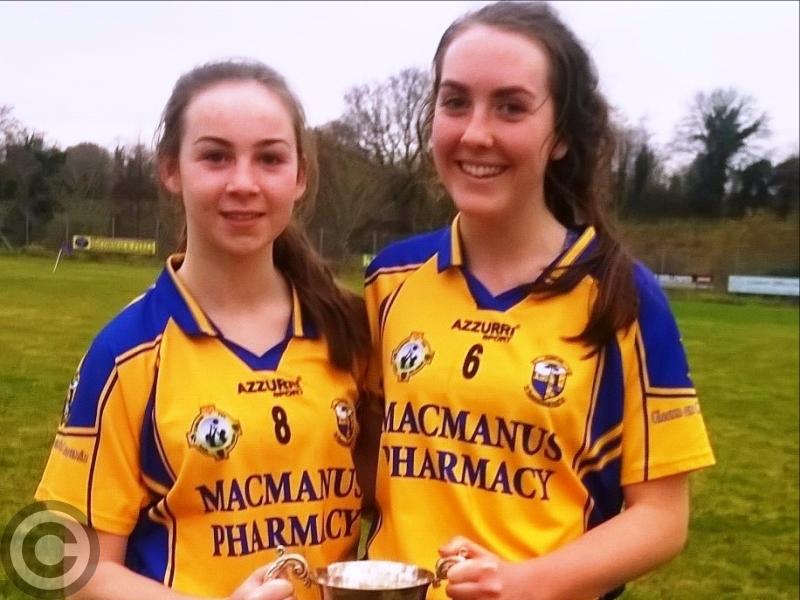 Not only was Sunday’s victory over St. Mary’s Kiltoghert a third U16 title on the trot but Glencar/Manorhamilton completed the clean sweep of underage 15-a-side titles in Leitrim to go with the U12, U14 & Minor crowns.

Add to that the Division 2 & 3 League titles and a Junior Championship at adult level as well as an All-Ireland Feile title for the north Leitrim women and we could soon be seeing an era of dominance for Glencar/Manorhamilton in the Ladies game in Leitrim.

Both teams can be proud of the standard of football they produced with some excellent teamwork and passages of play throughout the contest and a number of exceptional individual performances on both sides. The future certainly looks bright for ladies football in Leitrim.

A large crowd was treated to a sporting game with St. Mary’s setting the early pace when Hannah Farrell grabbed a goal. But Glencar/Manorhamilton hit back with a goal from Leitrim Sport Star Junior Star nominee Muireann Devaney followed by goals from Leah Fox and Dervla McManus.

That put Glencar/Manorhamilton in control and as the first half progressed, the Manor girls started to pull away with points from Irish Ladies boxing champion Dearbhla Rooney and Emma McLaughlin to leave them 3-8 to 1-2 in front at half time.

The north Leitrim girls started the second half as they finished the first with fine scores from Leah Fox, Muireann Devaney, Teresa Rooney and Aoife Gilmartin.

The goals kept coming too with further three-pointers from Muireann Devaney and Leah Fox, who completed her hat-trick, followed by points from Chloe Foley and Emma McLaughlin to ensure an easy win for Glencar/Manorhamilton.