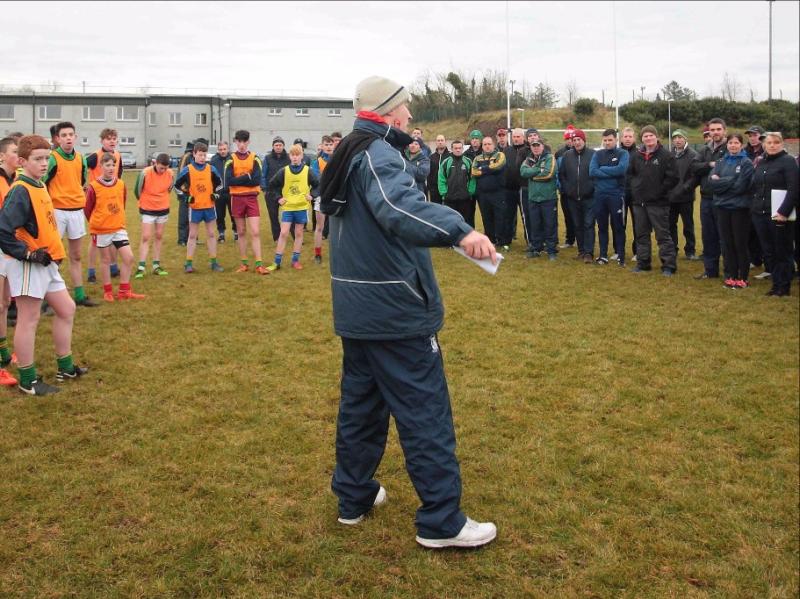 Leitrim GAA Coaching Officer Hughie Clinton believes that there is a clear appetite for change among the clubs of Leitrim when it comes to reorganising the county’s underage structures.

In his report to next Monday’s Leitrim GAA County Board Convention, Hughie writes “As 2016, comes to a close, one thing is abundantly clear to me, that there is a call from everyone involved in Gaelic games in County Leitrim to bring our underage structures to a place where they will deliver more high quality games and thus provide the environment to develop our players in line with players of similar ages across the Country.”

“This year one of the main areas of focus between the club coaching officers and myself was around the underage structures review. We held a number of well attended meetings to discuss the review, coach education, coaching workshops and the role itself.

“Sincere thanks to the club coaching officers for the work that they do within their clubs and for their patience as I took over the role from Padraig.”

The Dromahair man went on to highlight the contribution of his predecessor in the role - “Padraig is responsible for many of the positives structures currently in place within the coaching and games infrastructure within the county.

“Some of the positives this year include the participation of our U17 hurlers in the Celtic Challenge tournament, the appointment of James Glancy to the position of GPO and the ongoing underage structures review.”

And that ongoing review of underage structures is a major part of Leitrim GAA’s plans - “In September this year we held a review meeting in the Bush Hotel, the objective of this meeting was to identify and address the challenges facing the development and future of underage players and games within Leitrim.

“This was a very well attended meeting with every club represented on the night. The meeting was facilitated by John O’Mahony and John Tobin, bringing forward many views and ideas for improvement but the common thread between all parties to the meeting was, for more games to be played, and for those games to be played at the optimum time of year and to be of a quality that would be conducive to the development of our underage players.”