Lifting team after late equaliser was key to Mohill win 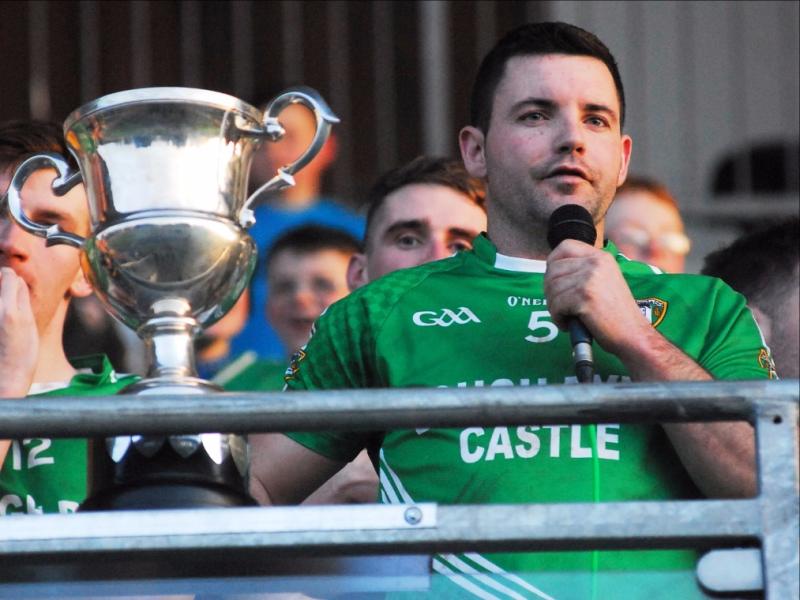 He was nearly floored himself after Aughawillan’s injury time equaliser but Padraic Davis managed to lift himself and his team off the proverbial floor last Sunday  to defend their Division One crown.

Typical of the man, Padraic gave the credit for the turnaround  to his players - “Walking  in the tunnel after that goal, that was the hardest part. I didn’t know what to say but we just asked if there was any guy mentally feeling that we had left it behind us.

“And the answer I got, I knew that we were ready to go. Then to concede a goal in extra-time, generally that finishes a game off and to come back from that shows huge resolve and they deserve huge credit for that.”

The Mohill manager felt that his team had a point to prove after their championship exit at the hands of Aughawillan  - “It was a great end to the year and I suppose I didn’t expect it would end in that fashion.

“Particularly against the county champions with the bit of momentum that they had after winning the championship, being involved for longer, and preparing for the Connacht Championship.

“You’d imagine that they would have had more done since then but we worked hard, we were probably stung by that championship exit, it kept the lads focussed and they really wanted to do it.”

And whatever about his own future on the Mohill sideline, Padraic believes that the young players coming through will contribute handsomely in the years ahead - “Fiachra McGuinness is a great young fella, David Mitchell came in there and they fit right in.

“They are only Minors but they know their roles and they know their job. That’s the most encouraging thing to see young guys come in who are not overawed, they know exactly what they are put in for and they carry it out, in most cases.”

But there was also a warning as Padraic stressed the Mohill club needs to continue the good work in the years ahead - “We knew we had to keep squad numbers up, we’re in the month of December and  we have seven or eight subs out there. I go back to the County Final 15 months ago, I think we had 37 togged out.

“The club needs to drive on, keep lads interested and keep those numbers up. They are in a good position going forward but what they are now doing is turning one point losses into one point wins, two point wins and for the confidence within the group, that is the most important thing of all.

“I know the way we won the County Final last year, that was in many ways a one-off, Roy of the Rovers stuff but I think today was different, they dug in. Aughawillan hit them several times particularly with those three goals and they didn’t wilt, they didn’t shrink.

“The only thing about today that disappoints me is the concession of three goals number one and we should have kept that scoreboard ticking over and we didn’t do that. But that aside, you can’t question they way they performed.”