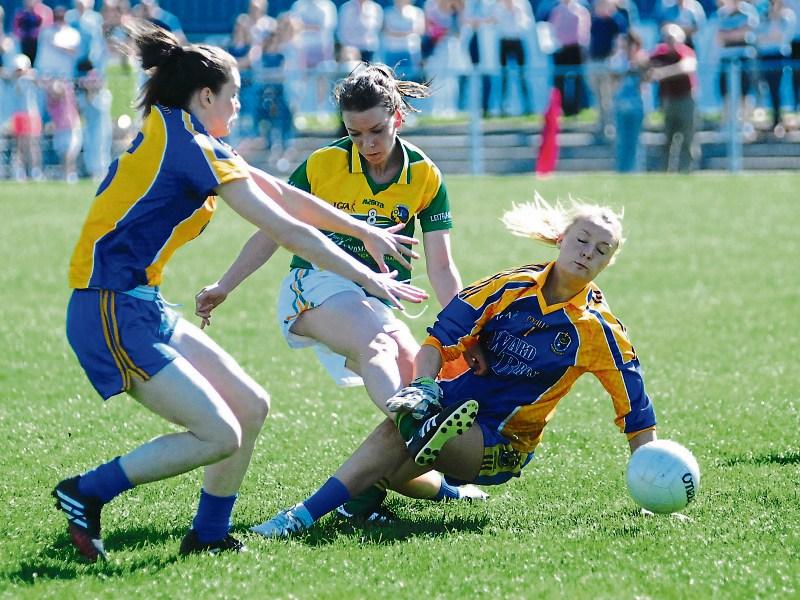 Leitrim Ladies open their 2017 campaign on Sunday, January 29, when they host newly promoted Limerick in the first round of the Lidl National League.

In what promises to be a busy 2017, Leitrim will host last year's Division 4 champions in their first outing of the year at the end of the month as they bid to win promotion from Division 3.

They will face some tough opposition in their efforts with last year's League finalists Tipperary joined by the relegated Meath while Roscommon and an improving Wexford look like tough challenges.

Leitrim will have home games against Limerick, Wexford, Roscommon and Meath with away trips to Down, Offaly and Tipperary.

In the Provincial championship, the Connacht Ladies GFA Council have brought in new match regulations to avoid a repeat of the farce that afflicted the 2016 Connacht Intermediate Championship where one team qualified for the Final thanks to a coin toss.

Under the new regulations, there will be no playoff in 2017 with scoring difference used to separate teams on equal points. If the teams cannot be separated, then the total scored in all games will be used with goals converted to points for a final total (1-1 equals four points). If the teams are still level, then the total number of scores registered by a team will decide so four points will equal four but 1-1 will equal 2

Leitrim will face defending champions Sligo in their first game with the losers taking on Roscommon. The Rossies will then take on the winners of the Leitrim v Sligo game with the final fixed for Sunday, July 2.

In the Provincial Club Championship, Leitrim teams have been handed some tough draws with the 2017 Leitrim Senior champions drawn to face the winners of the Galway v Sligo first round game while Galway will also provide the opposition in the Intermediate competition.

In the Junior grade, Leitrim will take on Roscommon with the winners facing the Mayo winners while in the Minor, Leitrim are drawn against Roscommon in the semi-finals.

May 14: Leitrim v Sligo (if either or one in NL playoff date change)

June 17: Roscommon v who ever must have 2nd game