A great honour as Donal leads out Leitrim 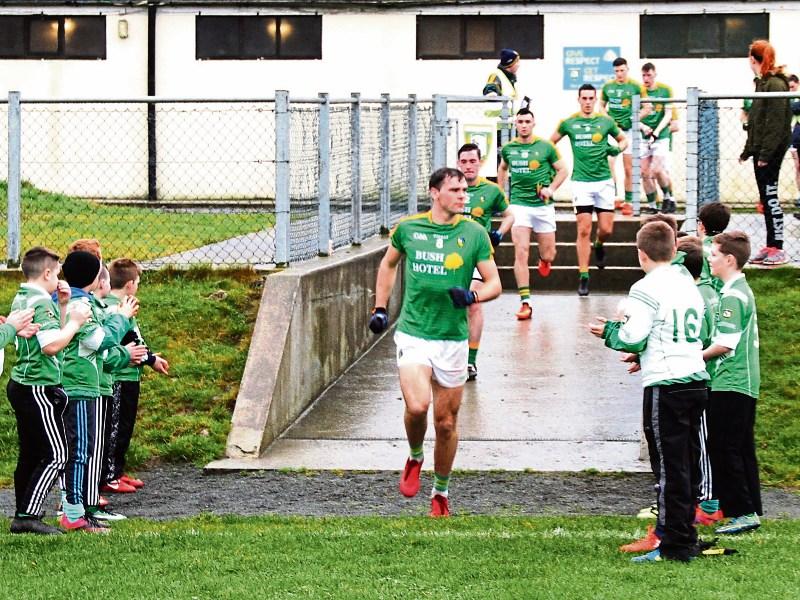 New Leitrim captain Donal Wrynn leads his team-mates out onto the field at Philly McGuinness Park last Sunday as the teams are welcomed onto the pitch by the Mohill U12 Boys team. Photo by Therese Foy

Last Sunday’s FBD League clash with GMIT may have been Brendan Guckian’s first outing as manager but it was also a special day for Donal Wrynn who has been named as team captain for 2017.

And it is an honour that Wrynn appreciates - “It is a great honour, I wasn’t expecting it obviously being fairly young on the team but Benny obviously has trust in me and I’m delighted to get the opportunity.”

As delighted as he is with the captaincy, the Fenagh man is determined not to change his own style but intends on leading from the front - “I don’t intend on changing, trying to be more vocal. Trying to lead by example would be more my style to be honest and if I can do that, that would be the way.”

Wrynn partnered Shane Moran in midfield last Sunday and played three-quarters of the game, replaced by Ballinamore's Mattie Murphy who made his comeback after a long injury absence.

Sunday’s comprehensive win over Galway Mayo IT was a facile one and Donal welcomed the chance for Leitrim’s players to bed in a lot of new players - “A solid win, a lot of new players in there and it is good to get an outing where everyone gels together well and we put together a few nice moves which is encouraging.

“It is the start of a long season, lots of things we can work on as you can see there, 2-10 conceded and we will be looking at that. But it is a good start and a good opportunity for lads to be themselves into the team.”