Second win for Ladies in Down 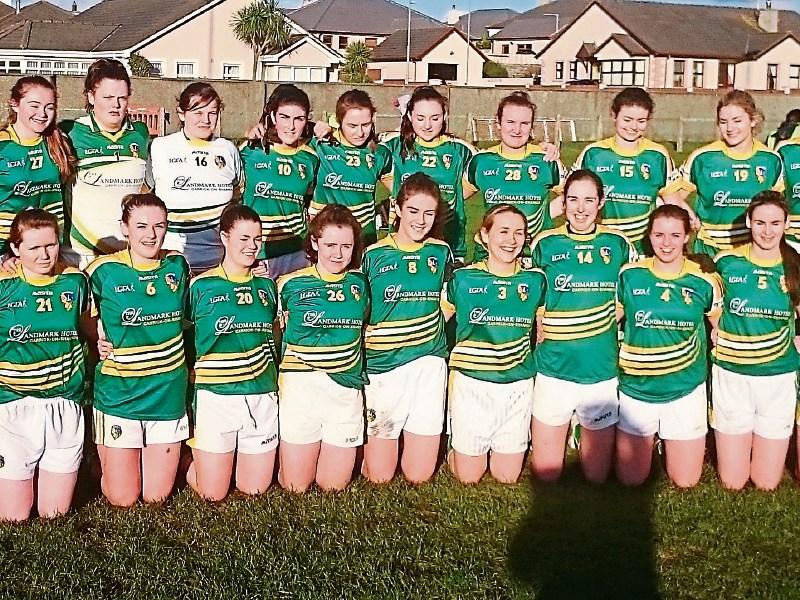 The Leitrim Ladies team who defeated Down last Sunday in Ballykinlar to maintain their unbeaten start to the Lidl Ladies National League Division 3.

Leitrim secured their second victory in the Lidl Ladies Division 3 with a hard fought win over Down in Ballykinlar on Sunday afternoon.

With two wins from two, Leitrim have defied a late start to the season as they remain unbeaten but they had to battle much harder against Down than they did against Roscommon, an injury time Down penalty threatening Leitrim’s five point lead.

But Aine Tighe added an insurance point as Leitrim now top the Division 3 table on scoring difference ahead of Meath and Tipperary, all on six points, with Roscommon and Wexford on three points each.

The crucial period came straight after the throw-in for the second half when Kyla Trainor buried the ball in the Leitrim net to give the home side a three point lead and they extended it with a point.

But Leitrim hit back with a vengeance as Dearbhaile Beirne and Roisin McHugh both pounced for goals in the space of two minutes to establish a lead that the Green & Gold never lost.

Down were obviously intent on making a good start at home and they did as they hit four points in the opening 22 minutes with Laura O’Dowd and Aoife McWeeney on target for the Green & Gold. O’Dowd would added a second as Leitrim pulled level just before the halftime break.

Two frees from Aine Tighe edged Leitrim two in front but after a break in play for treatment to a Down player, the home side saw Colleen Lennon point to leave Leitrim 0-6 to 0-5 ahead at the break.

The game was turned on it’s head, not once but twice, in the opening ten minutes of the second half. Kyla Trainor buried the ball in the net after she reacted quickest to a point attempt while Colleen Lennon added a free.

Leitrim felt Dearbhaile Beirne should have got a free when she was taken down inside the 21 but Leitrim increased their lead with good points from Aine Tighe (free) and Aisling Quinn.

Down refused to give up and after a point, a penalty goal from Down sub Aisling Cull cut the gap to just two points a minute in added time. But despite seven minutes of added time, it was Leitrim who had the last score with Aine Tighe on target again.