Positives to be taken but negatives require work 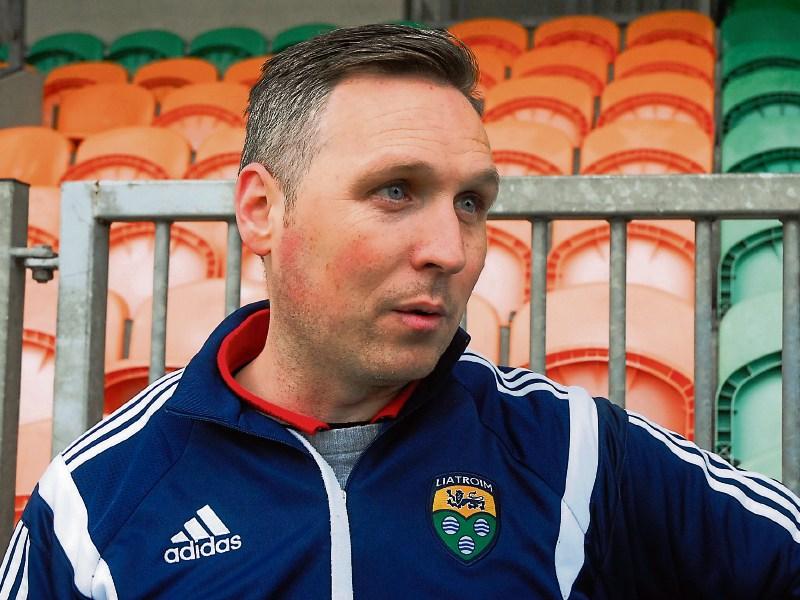 Last Saturday proved to be a day of mixed emotions for Leitrim manager Philip Brady who was left disappointed by many aspects of his teams performance but was also encouraged by the manner in which they fought their way back into contention.

Reflecting on where his side could have done better, the Leitrim manager pointed to the manner in which possession was cheaply squandered.

“The first half I think we gave away 15 unforced turnovers, we just kicked the ball straight to them. Some of them were in positions that were scoreable which again is very disappointing.

“We had one or two goal chances near the end when we were only two points down, if one of them had to have gone in the game could have swung a totally different way. There are positives to take but it is the negatives we have to work on and eradicate before we can move on.”

The game started badly from a Leitrim point of view with the concession of a first minute goal and Philip acknowledged the slow start ultimately cost Leitrim.

“One of our aims this year was to try and keep out goals and we were two goals down before we even got on the board. It's very disappointing that way but they showed a lot of fight to come back and we didn't panic. It's just a bit disappointing to concede so much early on and then only lose by four points in the end.

“The girls don't panic, that's one good thing about them. We have forwards up there who can always score a couple of goals. In that way, it is good but it is still our mistakes that are causing us to lose the matches and that's the most disappointing thing. You can fight as much as you want and battle but when you give a team 11 points or 8 points it's difficult.”

The absence of Aine Tighe was sorely felt but Philip stressed that is something Leitrim will have to get used to as she continues to recover from injury.

“She is improving, she had a boot on her foot the last three weeks and got that off on Thursday. It will be the Connacht Championship if not the All-Ireland Championship. We're not going to rush her back, at the end of the day she is going to be missing the rest of the league regardless of what happens.

“We have a lot more than Aine Tighe, we scored 3-6 out there and probably missed another 3-6, it's the rest of the girls that we need to get playing now.”

The league semi-finals remain an objective but with victories required over table toppers Tipperary and Meath in their final two games it is a big ask for an injury hit side.

However, despite the obstacles his team have encountered Philip insisted the Intermediate Championship and the Mary Quinn Cup remain Leitrim's objectives.

“Our aim at the start was to try and get to the league semi-finals. We had a slow start to the year, we only started a week before the league but our main aim is to get Mary Quinn back to Leitrim. I think we will need to improve a good bit but it is in us.”