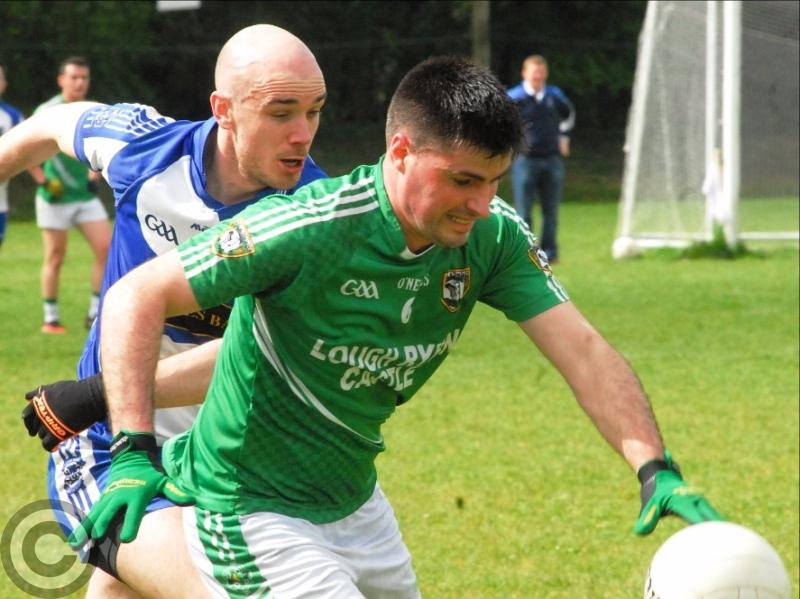 County champions Aughawillan provided the first major shock of the 2017 Dunnes Bar Division 1 when they fell to a surprise defeat at the hands of neighbours Aughnasheelin last Sunday.

The Club Championship draws may be the main talking points in the Leitrim GAA world this week but Aughawillan's loss certainly surprised a lot of fans around the county.

Comprehensive winners in their first two outings, many expected Aughawillan to continue their winning ways when they faced an Aughnasheelin team who suffered a heavy loss to Ballinamore in round two.

But in a shock result, it was Aughnasheelin who proved best on the day as Niall Mulvanerty led the way as Aughnasheelin prevailed 0-13 to 1-8, a result that leaves them sixth in the table but level on points with Melvin Gaels and Aughawillan.

Gavin Sammon scored three points while Conor Cullen had two. Aughawillan will have the chance to get back to winning ways next Sunday when they take on Glencar/ Manorhamilton at home.

The north Leitrim men will be anxious to get back to winning ways themselves after they fell to a 1-11 to 0-11 defeat to Gortletteragh, who retained their 100% record to stay third in the table.

At the bottom of the table, a fascinating contest is already developing with Allen Gaels, St. Mary's Kiltoghert and Fenagh St. Caillin's yet to win a game while Glencar/Manorhamilton, St. Patrick's Dromahair and Drumkeerin are just two points ahead.

Allen Gaels must be getting worried after they suffered a second heavy loss, their 1-17 to 0-7 loss following on a ten point loss to Mohill in the first game. An impressive Sean O’Heslin’s led 0-6 to 0-3 inside the first quarter but then blitzed the Drumshanbo men before the break, adding five point to one for the Gaels.

The Gaels weren’t helped when Ballinamore found the net  early in the second half, an incident that also saw former County panelists Diarmuid McKiernan leave the game through injury.

Drumkeerin did their hopes of staying up the world of good when they had two points to spare over Fenagh St. Caillin’s in a rematch of the two promoted teams, 1-9 to 1-7, a result that could have huge implications later in the year.

Melvin Gaels got back to winning way with a comprehensive 0-22 to 1-6 win over St. Patrick’s Dromahair, running up a big score after they had suffered a heavy loss against Mohill a week previously.

There was further good news for the Kinlough men with the return of County U21 star Darragh Rooney to action after his injury sustained with the Leitrim U21 team at the end of January, something that will add greatly to their scoring threat upfront.

Round four of the League will throw-up some interesting clashes, particularly after the Connacht Gold Senior Championship draws last Monday evening.

Aughawillan will take on Allen Gaels, Mohill will face Gortletteragh and Ballinamore Sean O'Heslin's will meet Melvin Gaels - all of which are games that will take place in Group One of the Senior Championship.

Add in the fact that Fenagh St. Caillin's derby meeting with Aughnasheelin is a curtain raiser to their Intermediate championship meeting later in the Summer and the stakes are being raised much higher.

One of the biggest may well turn out to be the relegation four pointer between St. Patrick's Dromahair and St. Mary's Kiltoghert, another game that is a championship clash later in the Summer.