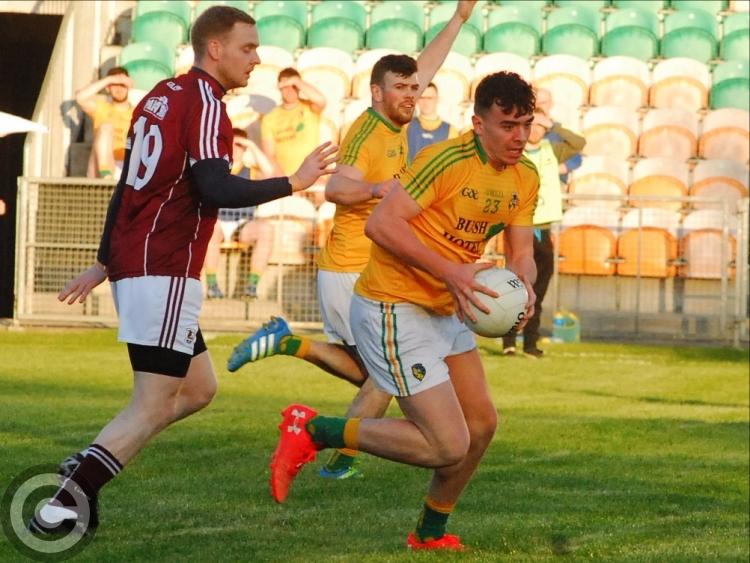 Dean McGovern in action against Galway in the Connacht Junior Semi-Final. Photo by Willie Donnellan

As Leitrim contest tonight's Connacht Junior Final in Charlestown (7 pm throw-in), Senior team manager Brendan Guckian will be keeping a close eye on the injury situation with a rash of injuries afflicting the squad in recent weeks.

Nevin O'Donnell confirmed last weekend on twitter that he is out for the season with a cruciate injury while there are mounting concerns over injuries to star forward Emlyn Mulligan as it has been believed that he is to have an scan on a knee injury this week.

Connacht Junior Final Man of the Match Dean McGovern missed Ballinamore's League game last weekend but there was some good news as Shane Moran made a return in Sean O'Heslin's victory over Mohill.

It all adds to the tension ahead of the trip to Ruislip on Sunday, May 28, with London manager Ciaran Deely confirming that former Dublin star and 2012 All-Ireland U21 winning captain Kevin O'Brien has joined Tyrone All-Ireland winner Eoin Mulligan in the Exiles' ranks.