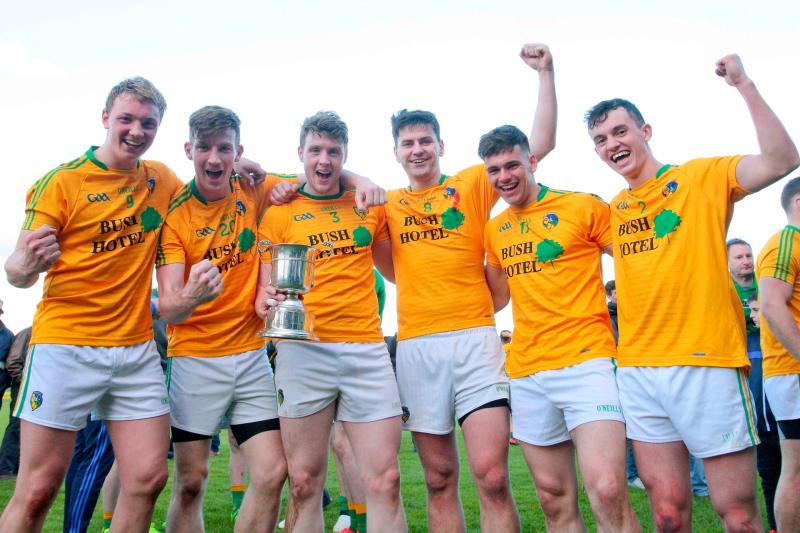 Celebrating the win are some of the Leitrim Junior Team

Leitrim showed real resolve to claim a title they last won in 2004 as they fell six points behind in the first quarter and also saw Mayo miss three great goal chances in the first half but a James Campbell goal turned the game on it’s head just before halftime.

Leitrim led by three points at the break but stretched the lead to seven points midway through the second half, inspired by three great points from Gary Plunkett.

However, Mayo, led by former Senior star Mark Ronaldson, fought back and narrowed the gap down to a single point as the game entered added time but Leitrim maintained their composure and Cathal McCrann struck two injury time frees to seal the victory.

Mohill’s Keith Keegan won the Man of the Match award with a fantastic display in the middle of the park but there were strong performances from Mohill’s Domhnaill Flynn & Alan Armstrong, St. Mary’s Jonathan Cassidy, Gortletteragh’s James Campbell and Cathal McCrann and Sean O’Heslin’s Wayne McKeon.

Leitrim will now meet the Munster Champions in the All-Ireland Semi-Final on July 22, a match that could have huge implications for the entire Leitrim Club Championship programme which is due to start the same weekend. 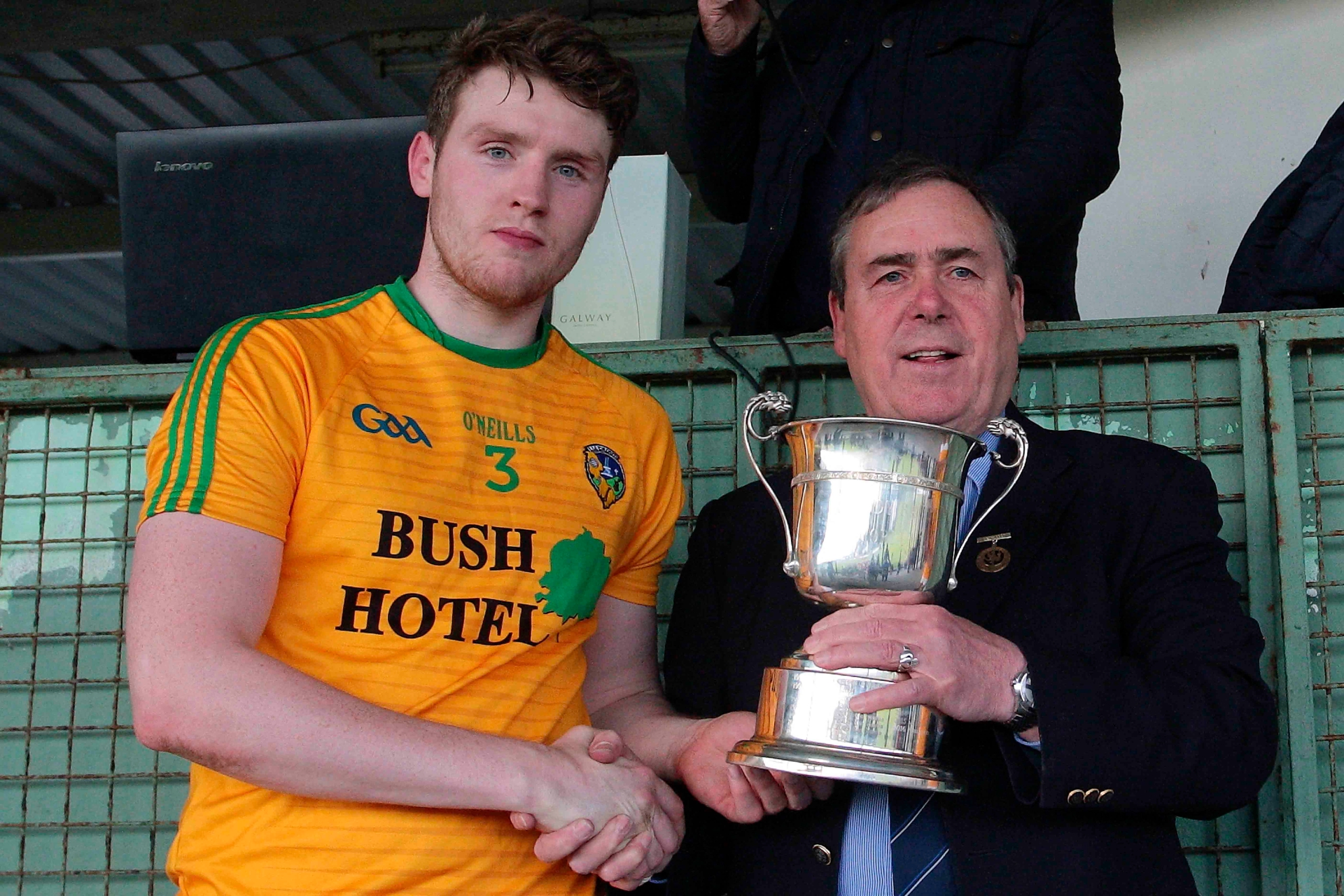 See next week’s Leitrim Observer for full report and reaction.