Leitrim plan an ambush as Roscommon look to home comforts 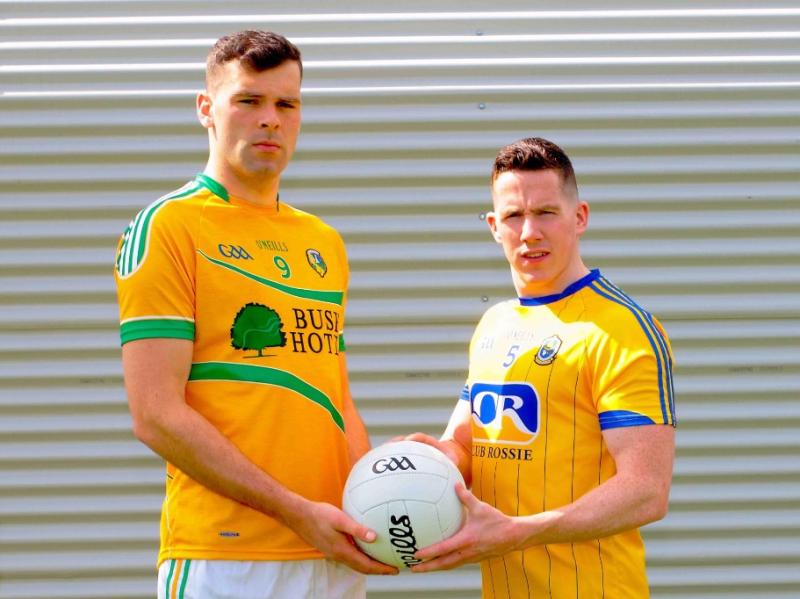 It is the game that sets the pulses racing along both sides of the Shannon but rarely has a meeting of Roscommon and Leitrim in Hyde Park carried so much pressure, so much baggage and so much expectation.

But Sunday also offers the winners a chance to take a big step to a brighter future while the losers will face into a difficult Qualifier campaign and days of recriminations.

Strangely, both teams will be quite happy to go into battle on the magnificent new playing surface in the Hyde as Leitrim feel that they produce their best performance in the Roscommon venue while the Rossies are looking to make the most of their home comforts.

Brendan Guckian, in his first year at the helm, is under far less pressure than his Roscommon counterpart Kevin McStay who is battling an unsettled Roscommon fan-base and an undercurrent of dissent in the county to bring through a young and new-look team.

It adds to the intrigue about this game and when you consider that both teams are quite alike in terms of age profile and experience, it should all add up to the potential for a blockbuster.

Both teams have been infused by young, quick footballers with the strength of both teams most definitely in attack. Both have  queries about their defences and their midfields have mixed the superb with the less than brilliant so it might come down to a real shoot-out.

Roscommon’s attack is to be rightly feared - the Murtagh brothers, Ciaran & Diarmuid, and Donal Smith form a potent full-forward line that caused lots of teams problems in Division One while Enda Smith running from deep is another huge scoring threat. Brian Stack has been hugely impressive for St. Brigid’s while Fintan Cregg and Niall Kilroy are quality half-forwards.

Leitrim too have their strength in attack and Ruislip goal-hero Ronan Kennedy is sure to start next Sunday, his eye for a goal noted by the Roscommon manager while Darragh Rooney is another poacher of rare skill and intent.

And Damian Moran weighed in with three points from midfield against London as Dean McGovern, Ryan O’Rourke and Keith Beirne offer a threat.

The match ups with the respective defences will be interesting as despite a fascinating battle with Donal Wrynn, Leitrim never got to grips with Liam Gavaghan in Ruislip. But then you have to ask, will Leitrim be facing a player with Gavaghan’s mix of power and speed next Sunday?

The feeling is that Roscommon offer so much more of a threat than London and even in games like the League blow-out against Dublin, the Rossies created a host of chances that Leitrim simply can’t afford to concede next Sunday.

Leitrim conceded 16 points against London and that is a worry. Only five points came from placed balls so the Green & Gold defence will have to be much tighter against an attack that is scoring incredibly freely in challenge games in recent weeks, running up tallies of 3-21 against Sligo and 4-13 against Wexford.

In fairness, the defence featured two players in Micheal McWeeney and Ronan Gallagher who were in their first start of the year and they should be better for the experience of Ruislip as there is nothing like a tough game to bring teams on.

As good as Roscommon’s challenge games have been, they can’t have been as beneficial as Leitrim’s victory over London. Players will have learned about themselves, learned about each other and came through a pressure situation where there was very definitely a lot of pressure on Leitrim.

In many ways, Roscommon are under more pressure when it comes to match-sharpness. Challenge games are all well and good but there don’t replicate the intensity or pressure of a championship game so the London game is worth any amount of victories in challenge games.

Kevin McStay’s side have been 11 weeks without competitive action and getting to the pitch of the game is something Roscommon will want to do quite quickly and something Leitrim will be looking to exploit.

What will benefit Roscommon is the attitude in the camp - having visited them last week for a press night, there is a quiet confidence but also an acknowledgement that if the home team aren't on their game, then Roscommon could be in real trouble against Leitrim?

The unrest among supporters and dispute with local radio may actually serve to bring Roscommon's players closer but, conversely, the longer the game goes on and the longer Leitrim stick with the Rossies, the greater the pressure will be coming down from the stands.

Roscommon are rightly favourites - they may have been relegated from Division One but they were playing Kerry, Tyrone, Monaghan and Dublin. Playing at that level will stand to them and they have the forwards to do damage to Leitrim.

But if Leitrim can keep it tight and get into Roscommon heads, anything can  happen! Just think back 17 years to Leitrim's last famous victory over the Rossies!